Cleveland: Nursing rest break bill should be corrected in public 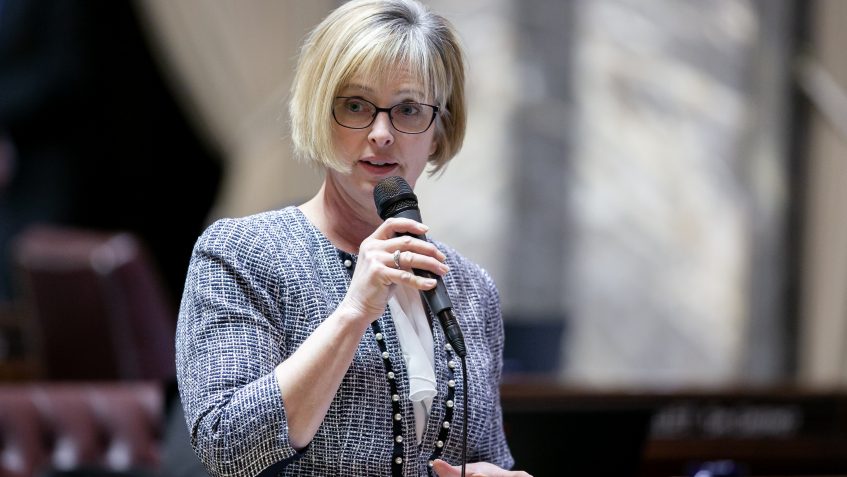 Nurses and the public at large deserve to be able to observe the Legislature’s deliberations in correcting problems with legislation to ensure adequate, consistent work breaks for nurses, Sen. Annette Cleveland (D-Vancouver) said today.

Having passed out of the House on March 6, House Bill 1155 was amended on the Senate floor on April 16 and then passed by the Senate — even though one amendment was opposed by many senators and subsequently triggered public backlash.

“As I said when we voted on the floor last week, it’s extremely important that we address the issue of rest breaks for the good of the nursing profession, and for that reason I supported the bill even despite the floor amendment I opposed,” Cleveland said. “Since that time, I have received countless calls and emails from nurses in and outside my district, opposing this bill in its current form.

“I understand their alarm and I agree that the legislation should be fixed. But I felt the proper place to do that is on the Senate floor, in full view of the public — not behind closed doors. Nurses, and the larger public as well, have been tracking this bill closely and they have participated in the public process every step of the way. This is no time to shut them out.

“Given the public outcry over what has happened with this bill, it’s more important than ever that our constituents continue to be able to help guide us to a final policy. And they can’t do that if they can’t see what we’re doing.”

On the floor, however, the Senate’s motion to conference with the House carried, and Sens. Manka Dhingra, Kevin Van De Wege and Curtis King were appointed to represent the Senate in conference negotiations. Reps. Eileen Cody, Gina Mosbrucker and Mike Sells will represent the House.

Cleveland acknowledged that the conference process is an efficient, common means of negotiating final details of bills. But she said the rest break bill was no ordinary bill and had drawn far more interest than the vast majority of legislation.

“I felt this policy was too important, and getting it right was too important, to do it out of sight of the public,” she said. “I felt we should make whatever changes need to made on the floor, so everyone could see exactly what we’re doing, and why.”