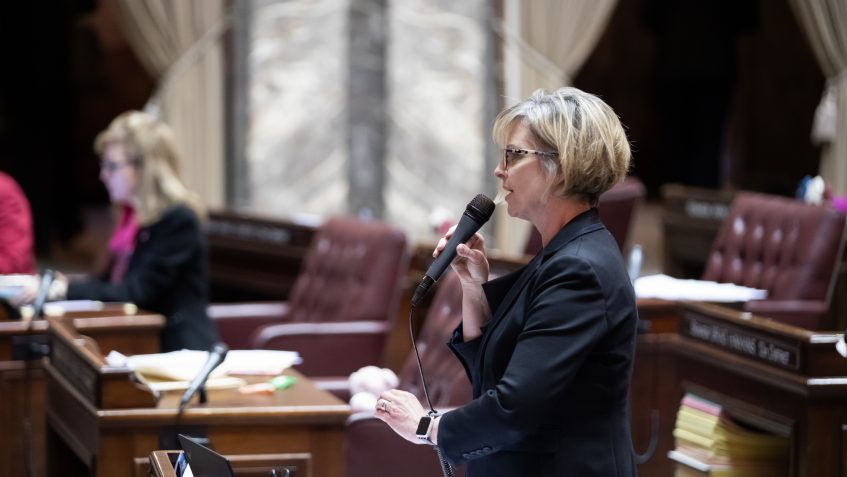 Health care policies sold in Washington must honor existing patient protections even if those standards are eliminated by action taken at the federal level, under legislation signed into law today by Gov. Jay Inslee.

House Bill 1870 takes effect immediately, as a result of an emergency clause added by Sen. Annette Cleveland (D-Vancouver). Cleveland added the clause in March, after the U.S. Justice Department asked 5th Circuit Court of Appeals in New Orleans to uphold an earlier Texas court ruling that the Affordable Care Act (ACA) is unconstitutional. That ruling, which is under appeal, would rescind the ACA and a wide range of important consumer protections.

“We wanted to get these protections into law as quickly as possible to guard against any potential actions by the Trump administration or the courts,” said Cleveland, who chairs the Senate Health Care Committee. “Given the president’s repeated efforts to roll back health care standards, we made it a priority this session to protect Washingtonians from any reductions in coverage.”

HB 1870 ensures that individuals and families in Washington state no longer face the threat of losing coverage due to a pre-existing condition, or because they reach a lifetime spending cap, along with other limits prohibited by the ACA. After the ACA was passed, the state’s uninsured rate dropped 61%, and the number of adults gaining coverage grew by 800,000.

Cleveland sponsored identical companion legislation in the Senate, ensuring that Washingtonians’ health care coverage would be protected regardless of which chamber passed its legislation.

“This critical legislation means no one in the other Washington can eliminate our right to get the health care we need and deserve, for ourselves and for our families,” Cleveland said. “This will prevent anyone at the federal level from playing politics with our health care.”