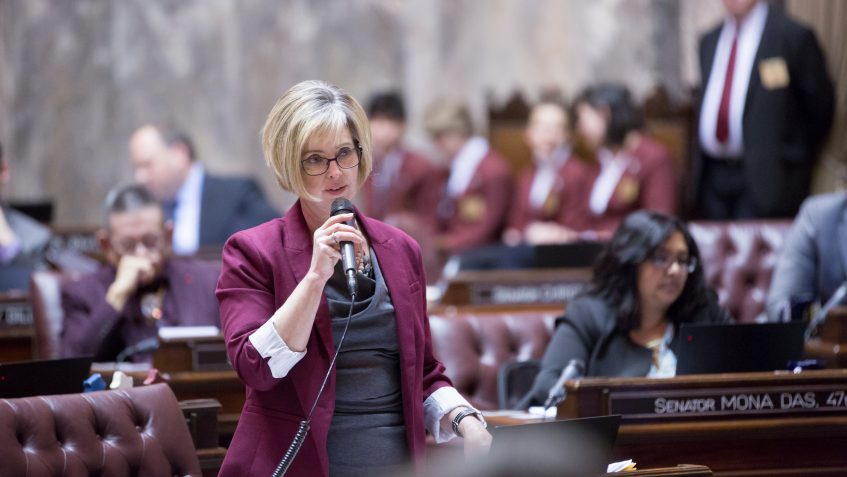 State law will require health care policies sold in Washington to honor existing consumer protections even if those requirements are reduced by action taken at the federal level, under legislation passed today by the Senate.

“We know that the consumer protections in the Affordable Care Act in 2010 brought tremendous relief to households across our state and across our nation,” said Sen. Annette Cleveland (D-Vancouver), who sponsored companion legislation to the House bill that passed today in the Senate. “The Trump administration’s efforts to rescind the act this week make passage of this legislation more important and urgent than ever.”

In a filing Monday to the 5th Circuit Court of Appeals in New Orleans, the U.S. Justice Department said it agrees with an earlier Texas court ruling that the Affordable Care Act is unconstitutional. That ruling is under appeal. If the act were rescinded, a wide range of popular consumer protections would be eliminated.

“Washingtonians should be reassured that our top priority at the state level this year has been to protect everyone’s access to full and affordable health care coverage,” said Cleveland, who chairs the Senate Health & Long Term Care Committee. “Today’s legislation will protect Washingtonians from losing the health care they and their families need, regardless of the actions of the White House or the courts.”

“People are scared, and this week’s actions by the White House have confirmed their worst fears. People are worried they might not be able to get the care they need and deserve, or that a single catastrophic illness could wipe out their savings and cost them their home,” Cleveland said. “No one should have to decide between medical care and putting food on the table, or sacrifice everything they own just to get medical care.”

Although it had already passed the House, HB 1870 was amended by the Senate and must now go back to the House for passage in its amended form before it can be signed into law by Gov. Inslee. One amendment by the Senate added an emergency clause, meaning the bill would take effect immediately upon the governor’s signature instead of the standard 90 days after the final day of the legislative session. The bill passed 28-17, with all Democrats and one Republican voting in favor.

“The legislation we passed today maintains our commitment to putting people first by taking the fastest action available to preserve our level of health care,” Cleveland said. “We will not let the Trump administration or anyone else put the health of the people of Washington at risk.”