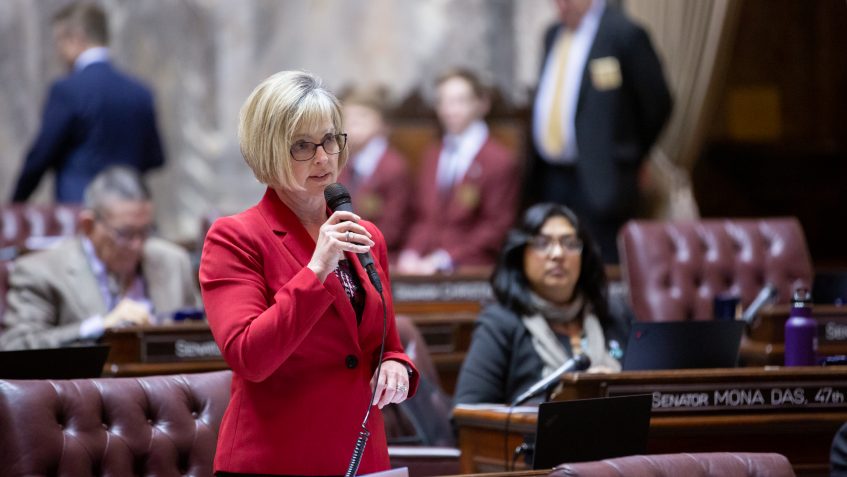 Sen. Annette Cleveland (D-Vancouver) released this statement today on the status of legislation to maintain immunization requirements that protect the public from outbreaks of contagious diseases:

“Throughout this legislative session, I have been working with Rep. Paul Harris [R-Vancouver] on dual legislation in the Senate and House. From the start, we agreed what’s important is that we address this critical public health need, not which chamber the legislation came from. To that end, our plan now is for the Senate to take the bill passed by the House and work for passage by the Senate.

“The near-elimination of these highly contagious diseases has led many people to underestimate the seriousness of the potential threat to public health. Just because outbreaks are rare does not mean the need for immunizations is any less. Outbreaks are rare expressly because we maintain our immunity through widespread vaccination.

“Because Washington is one of only 17 states that allow broad personal exemptions, we have become vulnerable to outbreaks as evidenced by the ongoing measles exposures in Clark County. It is only this broad personal exemption that is proposed for elimination. The rights of parents continue to be respected by retaining both the medical and religious exemptions, allowing for consultation with a family’s doctor and/or religious beliefs in regard to vaccinating children. Striking this careful balance is imperative.

“It is also imperative, however, that we heed the overwhelming findings in peer-reviewed studies of clinical diseases and the recommendations from experts at the Centers for Disease Control, and protect our communities from outbreaks of easily prevented diseases.

“Just last week, a study of more than 657,000 children born in Denmark concluded there is no link between vaccinations and autism, the most frequently cited fear of parents who oppose vaccinations. What’s more, the study determined that children who are not vaccinated are in fact more likely to develop autism than children who are vaccinated.

“In today’s divisive political environment, many people are ignoring reasoned facts and science in favor of alternative realities that make it difficult to move forward with rational policies. Unfortunately, the most misinformed voices are often the loudest.

“Our state secretary of health has declared the urgent and overriding need for this legislation in no uncertain terms. Earlier this month, the U.S. surgeon general came to Clark County, the site of an outbreak that has reached 71 confirmed exposures at last  count, to try to educate the public on the  need — and inherent safety — of  vaccines and immunizations.

“These are the top medical minds in our state and in our nation. Who can better inform our public health policies than them? If we allow the politicization of issues critical to our public health and safety, rather than listening to the leading experts in medicine, we will be abandoning our duty to protect public health.”