Cleveland: Legislation would reduce threat of exposure by 75 percent 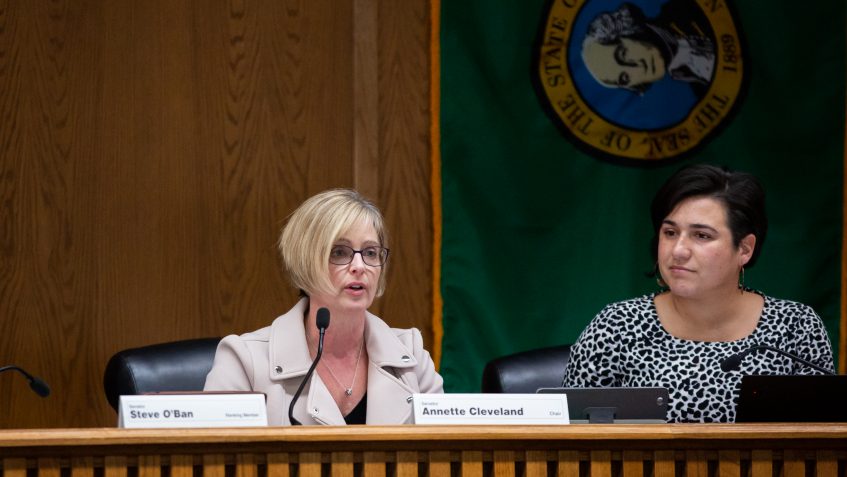 Sen. Annette Cleveland (D-Vancouver), chair of the Senate Health & Long Term Care Committee, released this statement following today’s hearing on Senate Bill 5841, her legislation to contain the spread of measles and other threats to public health.

“The measles outbreak in Clark County has spread to 62 confirmed cases and is an alarming reminder of the public health threat posed by once-prolific diseases that have been nearly eradicated by vaccinations.

“The outbreak threatens the health of not only unvaccinated children but those who cannot receive vaccinations, such as newborns, individuals with chronic illnesses, and adults with compromised immune systems.

“Under existing state law, parents may exempt their children from vaccinations on the basis of religion, medical necessity, or personal belief. These exemptions are so broad that they render our state more vulnerable to outbreaks than most other states. SB 5841 retains the exemptions based on religion and medical necessity but eliminates the most problematic exemption: personal belief.

“In the 2017-18 school year, the rate of kindergarten personal belief exemptions was 3.7 percent, compared to only 0.2 percent for religious reasons and 0.8 percent for medical necessity. So, removing the personal belief exemption would reduce the overall percentage of unvaccinated children by more than 75 percent, from 4.7 percent to just 1 percent.

“People throughout our communities feel they should be able to send their kids to school, and go out in public in general, without the risk of being exposed to a serious health threat. I don’t think that’s an unreasonable expectation, and I see it as our responsibility as legislators to ensure that public health is protected.”