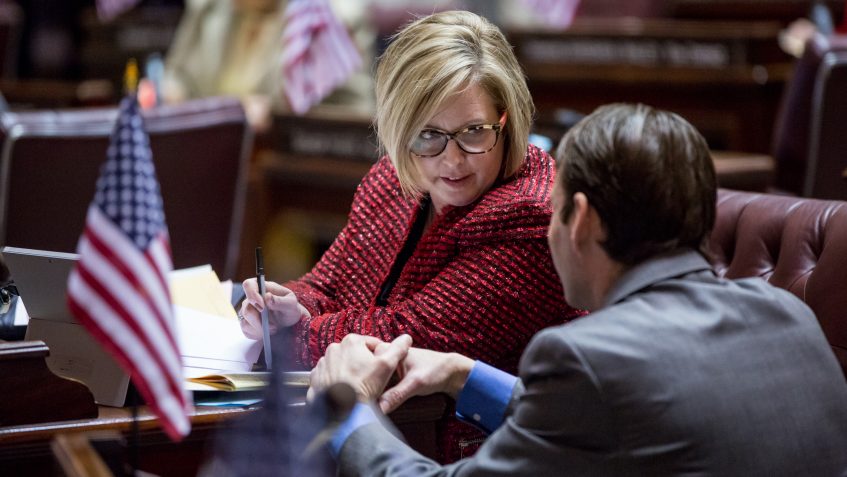 Washington state residents would be better protected from the spread of diseases and deadly bacteria under legislation being drafted by Sen. Annette Cleveland (D-Vancouver), the chair of the Senate Health & Long Term Care Committee.

SB 5841 would eliminate one of the three currently allowed exemptions from the common vaccinations that immunize children from polio, measles, chicken pox, pneumococcal disease and other illnesses. While retaining religious and medical exemptions, the bill would remove the exemption that is used most often and is least substantiated: personal belief or philosophy.

“Vaccinations have proven critical in protecting children and the overall community from deadly diseases that were once very prevalent,” said Cleveland, who works in health care apart from her role as an elected official. “When people exempt their children from vaccinations, it can pose a risk to public health.”

In Clark County alone, a recent outbreak of measles has moved Gov. Jay Inslee to declare a state of emergency as exposures were tracked to multiple Vancouver locations as well as locations in Oregon and in the Seattle area.

“Vaccinations protect not just the children who receive them but others throughout the community,” Cleveland said. “First and foremost, widespread vaccinations make it difficult for a disease to gain a foothold in a community. Second, reducing the potential exposure helps protect those who are unable to receive vaccinations, such as newborns or individuals with chronic illnesses.”

Cleveland further noted that a disease like measles can cause hearing loss, pneumonia, encephalitis and death, and can increase the potential for pregnant women to give birth prematurely or to a baby with low birth weight.

“Thanks to the widespread use of vaccinations, we were able to declare the measles virus eliminated in the U.S. in 2000,” she said. “But now we’re seeing a return of this contagious disease, and statistics indicate 90 percent of those with measles either were not vaccinated or their vaccination status is unknown. That suggests the outbreaks are coming from the unvaccinated, meaning we need to take the necessary steps to protect against a resurgence of measles in the general population.

“The eradication of serious diseases that caused immense suffering in past generations was miraculous and saved untold lives. We must not risk our future by forgetting the past.”