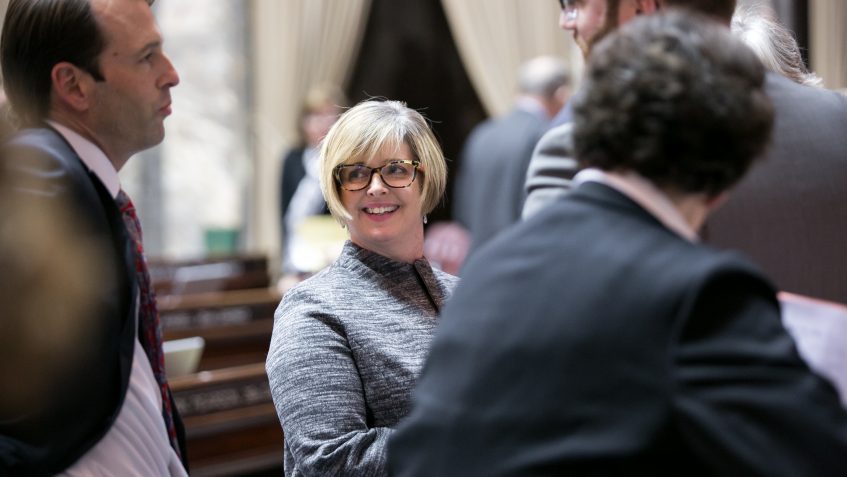 Sen. Annette Cleveland, D-Vancouver, will chair the Senate Health & Long Term Care Committee when the Legislature convenes in January for the 2018 legislative session.

Having been the ranking member on the committee when Democrats were in the minority, the move to chair will put Cleveland in charge of the committee. Democrats are now the majority party in the Senate after winning a special election earlier this month in the state’s 45th Legislative District; this gives them the power to set the agendas of Senate committees and floor action, determining which bills will be heard and brought up for votes.

Cleveland will also continue to serve on the Senate Transportation Committee and the Senate Rules Committee.

“Just as I built bridges across the aisle when we were in the minority, I intend to work productively with my Republican colleagues in the House and Senate now that we’re in the majority,” Cleveland said. “What’s important isn’t who gets credit for a certain piece of legislation but that the legislation helps our families across the state prosper.”

The 2018 legislative session gets underway in Olympia on Jan. 8.