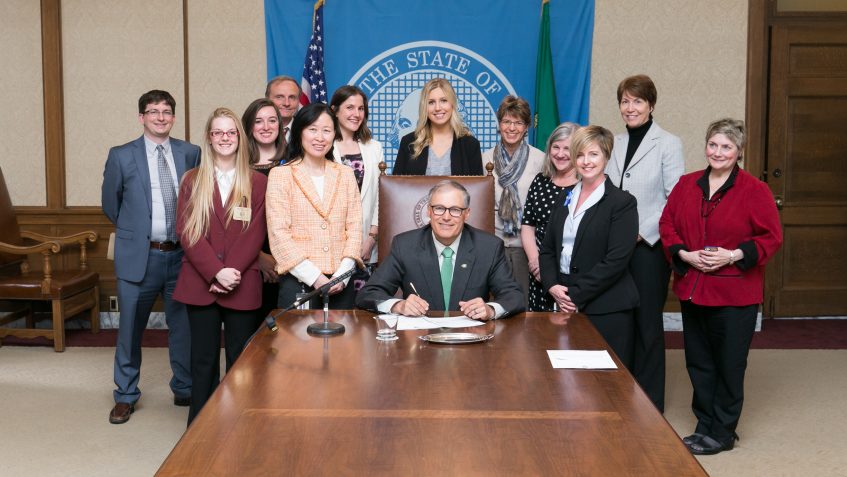 OLYMPIA – Senate Bill 5897, a bill to help children who are suspected victims of child abuse was today signed into law by Gov. Jay Inslee.

The bill will allow reimbursements of children’s physical abuse medical evaluations through the Crime Victim’s Compensation Fund when they are performed within 75 days of the Department of Social and Health Services filing a petition for dependency.

“This bill helps remedy an injustice and unfairness to our most vulnerable children,” said Sen. Annette Cleveland, D-Vancouver, and the sponsor of the bill. “I was proud to stand alongside Gov. Inslee and all of the advocates who worked on behalf of this bill when it was signed into law. Our children should not face barriers to critical medical care.”

In 1973 the Legislature established the Crime Victim’s Compensation Fund to cover victims’ medical bills and other costs associated with the offender’s crime. State law requires the fund to pay for initial sexual assault examinations that are conducted for gathering evidence for possible prosecution.

“I appreciate Sen. Cleveland’s recognition of this important issue,” said Mary Blanchette, Executive Director of the Arthur D. Curtis Children’s Justice Center in Vancouver. “This bill is going to make a huge difference for local responders across the state and will help protect children from potentially fatal situations.”

The bill passed the Senate and the House of Representatives unanimously.