Cleveland: “We need to take action now, on a strong bill that addresses both rail and marine crude oil shipments”

Home / News Release / Cleveland: “We need to take action now, on a strong bill that addresses both rail and marine crude oil shipments” 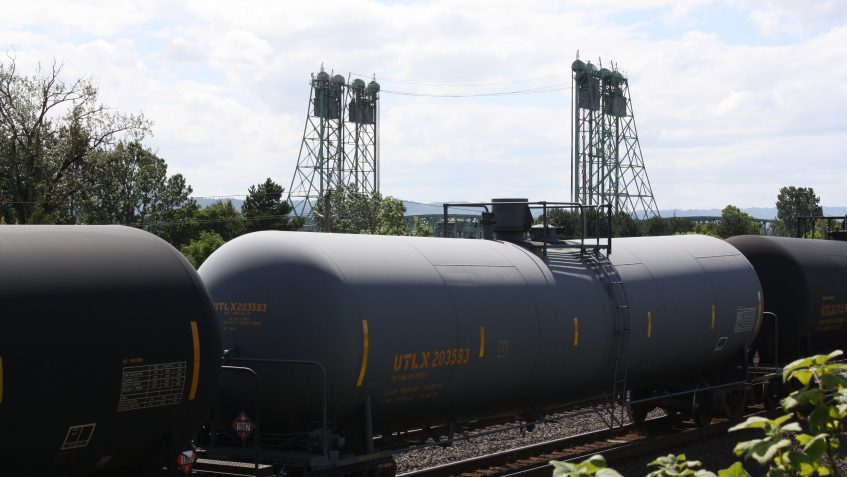 “While this legislation is better than the Senate version of the bill that passed off this floor a few weeks ago, I believe the bill passed today continues to fall short of the measures this Legislature needs to take now – during this session – to ensure the safety of our communities and our environment as crude oil is transported across our state.

“The transport of oil is of particular concern to me and my district, as the Columbia River, Interstate 5, and railroads all pass through my community. Just a few miles to the east of my district lies the nationally protected Columbia River Gorge Scenic Area, which must be preserved. An accident and subsequent oil spill would be devastating to the health of my community and this sensitive region for years to come.

“The amount of oil transported across our state has dramatically increased over the past few years. Rail shipments have increased from zero shipments in 2011, to 17 million barrels in 2013, and have steadily increased since. Presently, nearly 20 mile-long unit oil trains a week are crossing the state, and this volume could quadruple in the coming years.

“Nearly each and every one of these trains moves through Vancouver, just a few feet from our downtown, the Columbia River, parks and numerous residential areas.

“A major crude oil terminal is proposed at the Port of Vancouver. This terminal would service oil trains where they would be offloaded to storage and then transferred to barges for shipment to refineries all along the West Coast — and possibly offshore if Congress lifts the export ban.

“This terminal proposes to offload up to four unit trains a day for storage and subsequent shipment by barge down the Columbia River. Each one of these unit trains has a hundred tank cars, and are half again longer than the train involved in the Quebec disaster in 2013.

“Many in my district are working hard to learn more about the crude oil moving on our rails, being handled at terminals on the river, and being barged downriver.

“While I have a number of concerns regarding the deficiencies in this bill, I want to highlight two that I believe are vital to keeping our communities safe.

“First, this bill omits important provisions requiring railroads to demonstrate they have insurance or other financial mechanisms to fully clean up a crude oil spill from one of their trains, and to pay for the natural resource damages resulting from a spill.

“The marine shipping industry has made this demonstration since the early 1990’s following the Exxon Valdez disaster. Insurers throughout the globe provide environmental liability insurance, and there is no reason that major railroad companies moving crude by rail across the country cannot demonstrate that they are adequately insured.

“Secondly, this legislation is not acceptable with respect to addressing the risks of spills from barges hauling crude oil on the Columbia River. As we heard during debate, the newer classes of “articulated” tug and barge are increasingly being used to move oil as cargo on our state waters. These tug and barge combinations may be more efficient and less costly to operate, but they are huge — approaching the capacity of oil tankers.

“For example, just downriver from Vancouver at the Clatskanie Port Westward facility, oil trains are being offloaded to barges that each carry 155,000 barrels of oil. One of these barges alone carries the equivalent of three oil trains! And yet, the legislation passed today would set up yet another “risk panel” to study the marine oil shipments on the lower Columbia River.

“Instead of more studies we should have adopted provisions, as the House proposed, which would have authorized the Pilotage Commission to take action to adopt safety standards once new or expanded terminals on the river were approved.

“The 2014 Legislature allocated funding in the last budget for a comprehensive risk assessment, which has been delivered to this Legislature with an exhaustive analysis and summary of current and projected rail and marine crude oil movements along the Columbia River and the rest of the state.

“This must not be another session when we “punt” to yet another study. We need to take action now, on a strong bill that addresses both rail and marine crude oil shipments. We have the opportunity to enact strong policy that adequately protects our environment, communities and citizens.

“While I remain hopeful that we will see that legislation before the end of this session, unfortunately this legislation passed today does not meet that criteria, and therefore I voted no.”