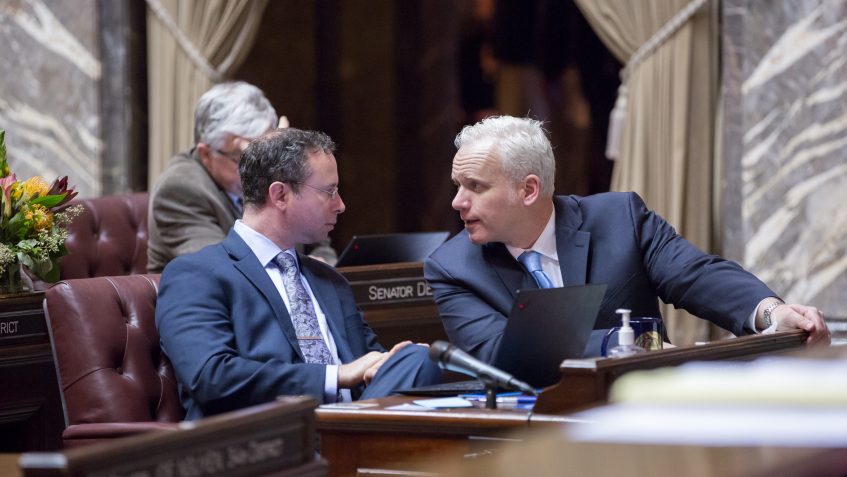 Legislation to make less expensive prescription drugs available to Washingtonians cleared a pivotal committee today, positioning it for a vote before the full Senate.

Senate Bill 5203, sponsored by Sen. Kevin Van De Wege, (D-Sequim), was approved by the Senate Ways & Means Committee shortly before the cut-off deadline that determines which bills die and which continue to move through the legislative process. The bill would authorize the state Health Care Authority (HCA) to partner with other states, state agencies and non-profit entities to produce, distribute or purchase generic drugs and would require state-purchased health insurance programs to procure generic drugs through the partnership.

“It’s common knowledge that Americans pay more for many prescription medications than residents of other countries, including Canada and Mexico right across our borders,” Van De Wege said. “There’s no justification for it, and it’s been going on far too long.”

The legislation specifies that the drugs must be produced or distributed by a drug company or generic drug manufacturer registered with the United States Food and Drug Administration and requires that any HCA partnership result in savings to public and private purchasers and consumers. In addition, local governments, private entities, health carriers and others would be allowed to purchase generic drugs from the HCA as availability allows.

“No one’s saying drugs are easy to develop, or that manufacturers shouldn’t be able to recover the costs of their research and trials, which can be very high,” Van De Wege said. “But many prescription drugs that have been around for decades have repaid what they cost to develop 100 times over.”

Van De Wege cited insulin as an example of a medication that was developed nearly a century ago but remains costly despite its longtime, widespread use. In a public hearing on the bill, a woman who needs insulin to manage her diabetes testified that the costs could exceed $1,200 a month.