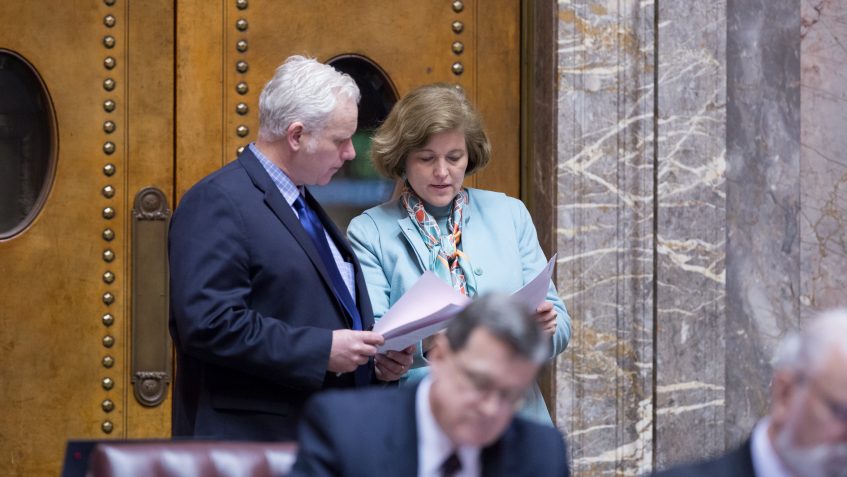 The operating budget passed today by the Senate includes $20,000 to fund a study of the feasibility of the state producing certain generic drugs.

“One of the biggest concerns in many households today is the high cost of prescription drugs,” said Sen. Kevin Van De Wege (D-Sequim), who inserted the proviso in the budget. “This is an opportunity to lower the cost of some essential drugs significantly.”

Van De Wege’s proviso would enable the state Department of Health to research the feasibility of the state’s ability to produce generic drugs, and report its finding to the Legislature by Dec. 1.

“This could have a huge impact on prescription drug prices, while also addressing shortages of a number of critical drugs,” said Sen. Karen Keiser (D-Des Moines), who helped draft the proviso. “Many generic drugs are expensive because of the limited number of companies that produce a particular drug. Production by the state might lead to lower prices simply by increasing competition and options for consumers.”

Insulin is a good example, Van De Wege said, because there is still no generic version available even though there have been no significant improvements to the drug, yet prices have tripled over the past decade.

“Not only would a generic version cost less, a generic version produced by the state would cost even less than that because, unlike pharmaceutical companies, the state doesn’t have to turn a profit,” Van De Wege said. “Insulin has been around for nearly 100 years, but instead of getting less expensive, prices keep going up at a rate higher than inflation. That is unjustifiable and unacceptable.”

In 2016, Washington State Attorney Gen. Bob Ferguson joined several other states in filing a lawsuit against the generic drug industry over anti-competitive behavior including price fixing and market rigging. The lawsuit has since grown to cover 16 companies and 300 drugs.

“The Government Accountability Office reported to Congress in 2016 that the prices of 300 generic drugs were increased by more than 100 percent in the year 2015 alone,” Keiser said. “We can stand pat and just keep paying higher and higher prices, or we can take things into our own hands at the state level.”