A Day in the Life of a Senator 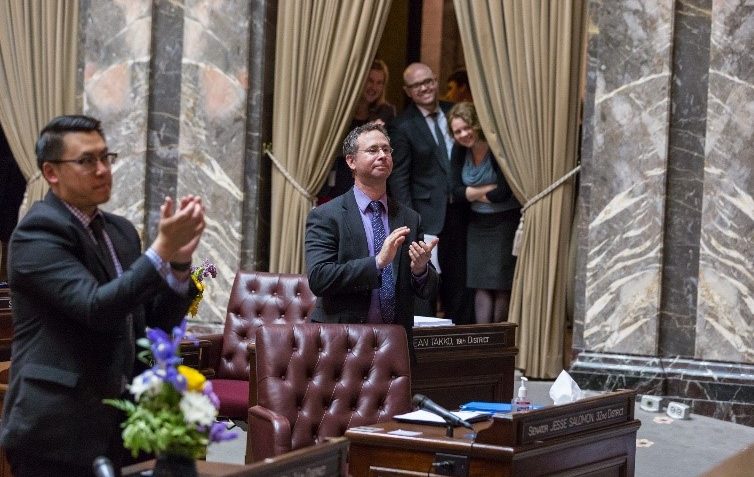 In this issue of my e-newsletter, I will give you an idea of my exciting and productive final day of the 2019 legislative session.

April 28 was the last scheduled day of the regular session, meaning the Legislature had to finish running bills before midnight. We had a lot of bills left to vote on, but we were determined not to go into an extra legislative session, which happened in past years when the Senate was under Republican control.

We heard an important bill to provide property tax relief for seniors, persons with disabilities, and veterans living in areas with a high cost of living, Senate Bill 5160. I’ve heard from my constituents that people on fixed incomes in our district are being priced out of their homes by property taxes. This bill changes the senior property tax exemption and deferral income thresholds to base eligibility on each county’s median household income instead of using statewide income thresholds that don’t take into account the high cost of living in our area. This law helps more people in this district qualify for tax exemptions and deferrals.

Another bill we passed was House Bill 2158, the Workforce Education Investment Act, which creates a dedicated source of funding to allow students from families who earn less than 55% of the state’s median family income (approximately $50,000 per year) to study at public colleges tuition-free. It also provides for partial tuition scholarships for students from families earning up to 100% of the median family income (approximately $88,000 for a family of four).

The bill also expands the Guided Pathways program at community colleges and technical schools, and will expand high-demand degree programs like nursing, engineering and computer science.

This legislation makes a major investment in our workforce by making college and apprenticeships accessible, finally bringing into reach the possibility of earning a family wage for many Washington households.

In the afternoon, we also heard Senate Bill 5290, which ends the use of juvenile detention for minors who run away or otherwise engage in self-harmful but otherwise non-criminal behavior. Too often these minors have been warehoused in juvenile detention, which has been shown to cause lasting trauma, and can worsen their problems.

The bill as proposed ended detention without providing any other way to detain an out-of-control youth.  As a parent that concerned me, but I also wanted to end the jailing of these youth. So, I drafted an amendment to the bill that would allow a judge to put a minor into a secure and therapeutic treatment facility as a last resort.  This facility will not allow youth to leave until they finish treatment but it is different than juvenile detention in that it is for therapy rather than punishment for criminal behavior. It also prevents these youths from being locked up with criminal offenders, which currently occurs in juvenile detention.

The amendment I introduced failed in the Senate because of a Republican procedural vote that prevented it from being heard.  However, like-minded legislators in the House of Representatives took the amendment and successfully amended the bill there.  Ultimately, the bill came back to the Senate from the House and we passed it with my amendment, which is now state law!

As the midnight deadline approached, we still had several important bills to address, including Senate Bill 5313, regarding the levy cap on money that local school districts can raise. In 2017, the Legislature sought to address a supreme court ruling that found the legislature had unconstitutionally allowed an inequitable school funding system across the state. Lawmakers responded by raising state property taxes to provide more equal funding across school districts.  In an attempt to limit the full cost to taxpayers, they reduced the amount local districts could raise through levies for schools. Unfortunately, some districts, including Seattle, wound up with less money overall. I heard from my Seattle constituents that we needed to fix this problem.

I also heard from constituents that local school districts should have flexibility in how they use their funds. Local levy dollars provide that flexibility, while state dollars do not.  This means that levy cap really decreased flexibility to invest in things like advanced placement, special education, counseling, school nurses, and extracurricular activities.   Thanks to much teamwork to put people first, we negotiated a resolution that allows local districts to give voters the option to raise more levy money for schools to address local priorities.

Due to a complex property value formula, different districts will be affected differently. However, the formula still does not allow voters to raise the cap all the way back to what it was before 2017.

Remember, your participation helps me represent our community better. For example, hearing from you helps me to get a better sense of how much we should be taxing and spending on schools, which is never an easy question.

Thank you for reading about an exciting day in the life of your state senator. Keep an eye out for future e-newsletters about important legislation, and please let me know how the Legislature can do more to put your concerns first. My staff and I welcome your calls, emails and visits!

Follow me on Facebook to get the latest updates and news from the Senate,  and see what I am up to during the interim. 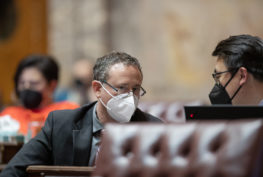 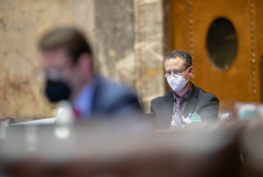 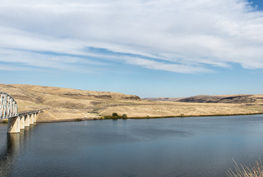