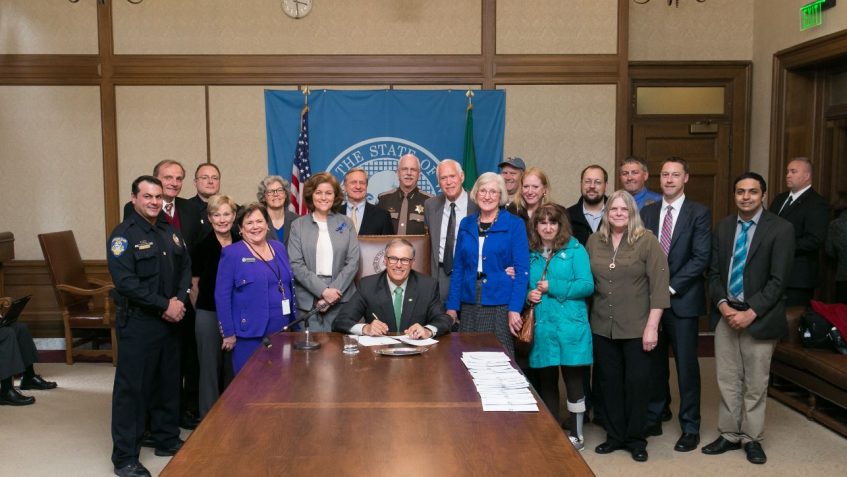 OLYMPIA – At the Capitol on Friday, Gov. Jay Inslee signed into law the Douglas M. Ostling Act, a measure that will require all Washington state law enforcement to receive crisis intervention training.

“This is a critical step forward in our state’s efforts to increase support for those suffering from mental illness,” said Sen. Christine Rolfes, D-Kitsap County, sponsor of Senate Bill 5311. “Mental illness has historically been stigmatized and misunderstood, and it is high time we start helping people in crisis, not further marginalizing them. A key part of this help is to make sure we provide law enforcement with the support they need. They want our communities to be safe, but it is up to us to ensure they have the resources to do that.”

In recent years, law enforcement officers have experienced a marked increase in confrontations with mentally ill individuals. Crisis intervention training helps officers identify and de-escalate situations where someone may be behaving erratically but is not necessarily a threat.

In 2010, a Bainbridge Island man who suffered from mental illness, Douglas M. Ostling, was shot and killed by police officers who had not received this type of training. Following the incident, crisis intervention training was successfully reinstated throughout Kitsap County. This law makes that training mandatory statewide.

Incoming police officers will receive eight hours of initial crisis intervention training beginning in 2017, with two additional hours incorporated into existing online yearly training for all officers by 2021. Although it was once common in most police departments, this training was eliminated in many communities across Washington as budgets were cut deeply during the Great Recession.

According to the National Alliance on Mental Health, one in 17 Americans suffers from severe mental illness, including schizophrenia, Post-Traumatic Stress Disorder or Bipolar Disorder. Kitsap Mental Health Services alone treats about 5,000 people each year.

The law takes effect in 90 days, although implementation is subject to budgetary appropriations. 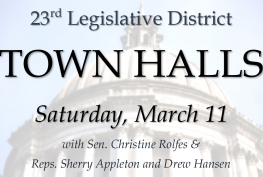 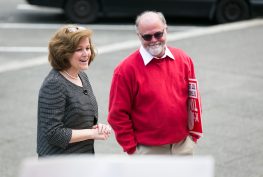 VIDEO: Let your voice be heard in state government 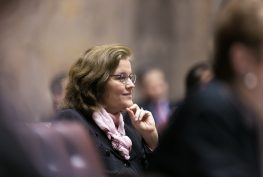