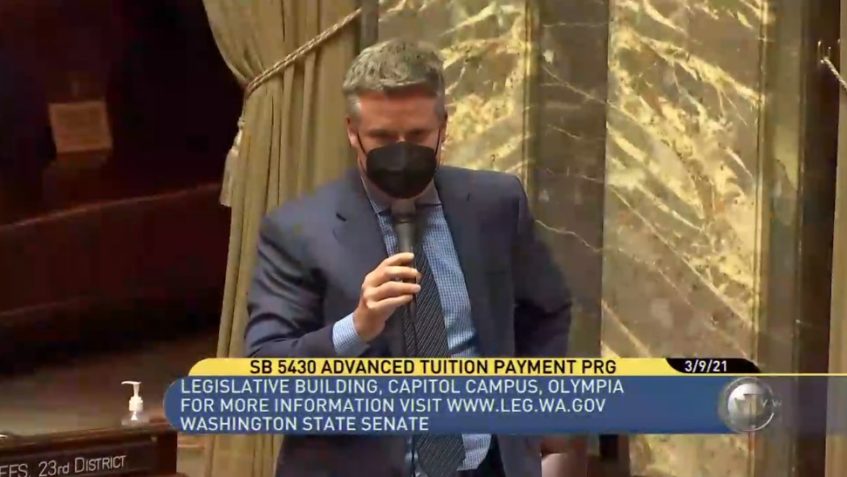 The Senate passed legislation late Tuesday to make sure GET credits accurately reflect tuition costs at the time of purchase.

Sen. Mark Mullet (D-Issaquah) sponsored Senate Bill 5430 when he noticed that GET credits for a year of tuition at the University of Washington cost significantly more this year than what UW is charging for tuition. The Guaranteed Education Tuition program allows people to purchase tuition credit at today’s rates and apply the credits years later, avoiding the increased costs of future years.

“Last year a year of UW tuition through GET cost $12,100. This year, however, the charge was raised to $13,300,” Mullet said. “Now, I know from my role on the State Investment Board that we didn’t need that high of an increase.”

Mullet’s bill would require that GET fees reflect the state’s current limits on how much public colleges are allowed to increase tuition, which typically falls around $300 per year.

“This bill would have prevented the scenario we saw this past year where GET fees increased by more than $1,000,” Mullet said. “This is a simple way to help keep tuition more affordable for Washington families who choose to use the GET program to save for their kids’ college education.”