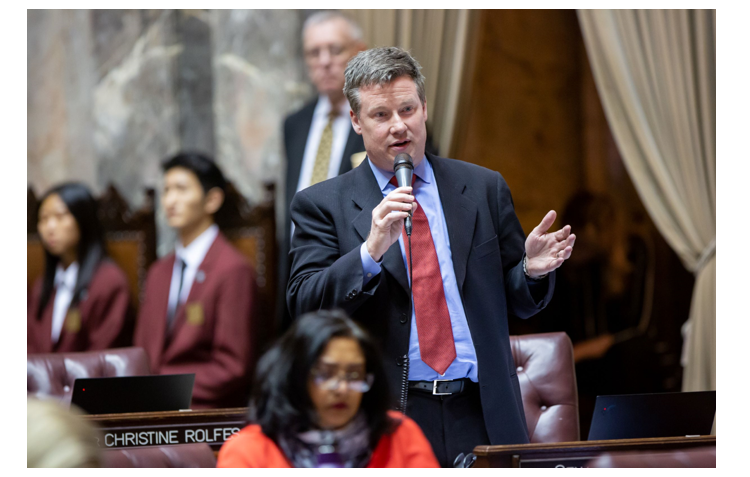 Cities would be able to attract more private dollars to build housing around transit stations under legislation passed overwhelmingly today by the Senate.

“This can increase housing availability around the state,” said Sen. Mark Mullet (D-Issaquah), the bill’s sponsor. “By enabling local governments to pay for environmental review near transit hubs, we can encourage more housing development in those areas.”

Senate Bill 5312 would direct the state Department of Commerce to prioritize development that maximizes density and access to transit. The opt-in program would provide grants to pay for environmental impact statements and other costs required by the State Environmental Protection Act (SEPA), reducing the overall cost of development.

“If there’s one thing I learned during my years working on the state capital construction budget, it’s the need to attract more private dollars into our housing market,” Mullet said. “Private housing development is crucial if our region is going to build its way out of the affordable housing crisis.”

“This bill has support from the environmental community as well as developers, which is very rare,” Mullet said. “It’s a prime example of what a bill looks like when you work with people to find middle ground on a difficult issue.”