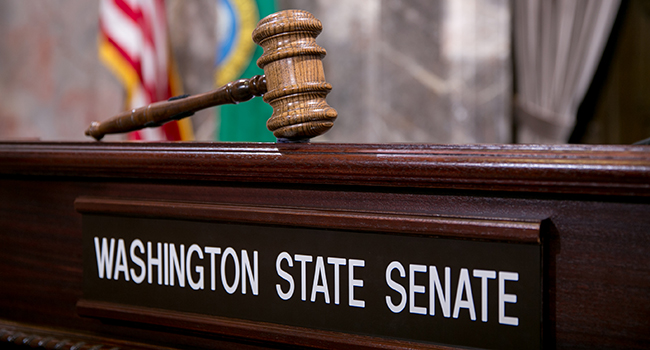 OLYMPIA – The Senate Law & Justice Committee held a public hearing on SB 5078 today, which would ban the possession and use of large-capacity firearm magazines in most circumstances. [TVW link]

“On the evening of July 30th, 2016, my community was changed forever by a preventable tragedy,” said Liias, testifying in favor of SB 5078 at the committee hearing. “We lost three beautiful lives—Jordan Ebner, Jake Long, and Anna Bui. Will Kramer was seriously injured and thankfully has made a full recovery. Dozens of young people went through something no person should ever have to experience.”

“The only reason that more tragedy did not take place that evening and more lives were not lost was because the shooter ran out of ammunition and had to reload. Had he had a smaller magazine with less rounds available, I believe we would have prevented some of the tragedy that happened that night.”  [TVW Link] [MP3 Audio Link]

“We lost our daughter, Carrie, in the mass shooting that occurred in Las Vegas in 2017,” said Ann-Marie Parsons speaking in support of the bill. “The shooter in that event used high-capacity magazines in his weapons to kill 58 – ultimately 60 people – and injure over 850. [TVW Link] [MP3 Audio Link]

“It has been over three years since we lost our daughter to gun violence. I can attest to the fact that when it comes to the loss of a child, time does not heal. Time just allows you to eventually get your footing and get on with life because what else can you do? Carrie’s loss still hurts all of us just as much. I still miss her every day. I will miss her until the day I die.” [TVW Link] [MP3 Audio Link]

SB 5078 prohibits the manufacture, sale, transfer, and possession of large capacity magazines that can accept more than ten rounds of ammunition. The bill includes several common-sense exceptions that build on existing state laws and allow use of high-capacity magazines at licensed shooting ranges or by law enforcement, along with other circumstances.

Nine states already restrict magazine capacity and six of those states have a lower rate of gun violence than Washington according to the state Attorney General’s office.

The bill would also exempt large-capacity magazines in possession when the bill goes into effect and allows for a legal inheriting process in line with similar firearms laws already in place in Washington state. A full list of the exceptions can be found in the bill report here.

“It sets out a reasonable framework for protecting public safety while recognizing and respecting our fundamental constitutional rights,” said Liias. “I believe this balanced approach that focuses on gun responsibility but keeps these accessories out of the hands of mass shooters is the right approach for our state.” [TVW Link] [MP3 Audio Link]

SB 5078 would need to be approved by the Senate Law & Justice Committee by February 15 to be eligible for continued consideration during the 2021 legislative session.