A bicycle safety advisory council would be established under legislation that passed the Senate unanimously today and is now headed to the House for consideration there.

“About 400 Washingtonians every year suffer bicycle-related accidents, a number that continues to rise,” Liias said. “When cars collide with bikes, nine times out of 10 it results in an injury to the cyclist. This is a terrible trend that we must reverse.”

Liias’ bill builds on the Cooper Jones Act, which was passed in 1998 and named after a 13-year-old boy who lost his life while bicycling, to address pedestrian and bicycle issues. SB 5402 would assemble an advisory council to study trends and data on bicycle-related accidents and report its findings and recommendations to the governor in December 2018.

“As fatalities and serious injuries are on the rise for people who bike on Washington’s streets and roadways, the analysis and subsequent recommendations to be provided by this council are urgently needed,” said Alex Alston, the state policy director for Washington Bikes. “Through this Council, Washington Bikes looks forward to working with a diverse set of stakeholders to improve bicycle safety for all users.” 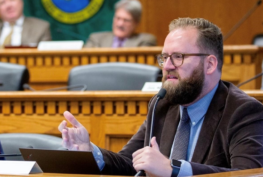 Liias: Senate Transportation package will not include gas tax 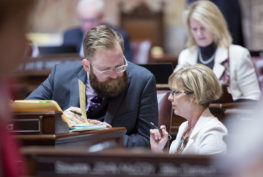 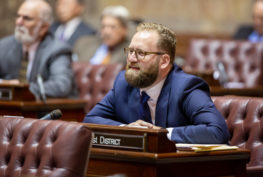