Liias: Senate had a chance to protect kids and refused to consider it

Home / News Release / Liias: Senate had a chance to protect kids and refused to consider it

Sen. Marko Liias, D-Lynnwood, released this statement today following the refusal of the Republican-controlled Senate to allow a vote on Senate Bill 5870, his legislation to protect teens from aversive behavior therapies. The bill would have established aversive mental health therapy as unprofessional conduct under the Uniform Disciplinary Act and prohibited the performance of aversive mental health therapy on a patient under the age of 18.

“I am appalled that the Republican majority killed legislation to protect kids from electric shock, ice baths, and other physical and emotional abuse, simply because they’re gay. We need to end conversion therapy once and for all.

“It’s especially disappointing to see this action just a few days after the Senate honestly and thoughtfully discussed a national day of action in which students across the country take a vow of silence to call attention to the silencing effect of anti-LGBT bullying and harassment in schools. SB 5870 deserved the same thoughtful consideration and debate, at the very least.

“This body, on which our citizens rely for justice and protection of their rights, had a chance to stand up for teens in communities across our state and did not. That’s very disturbing to me as both a legislator and as a person.” 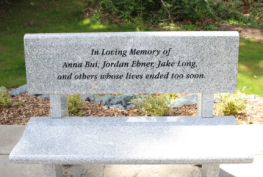