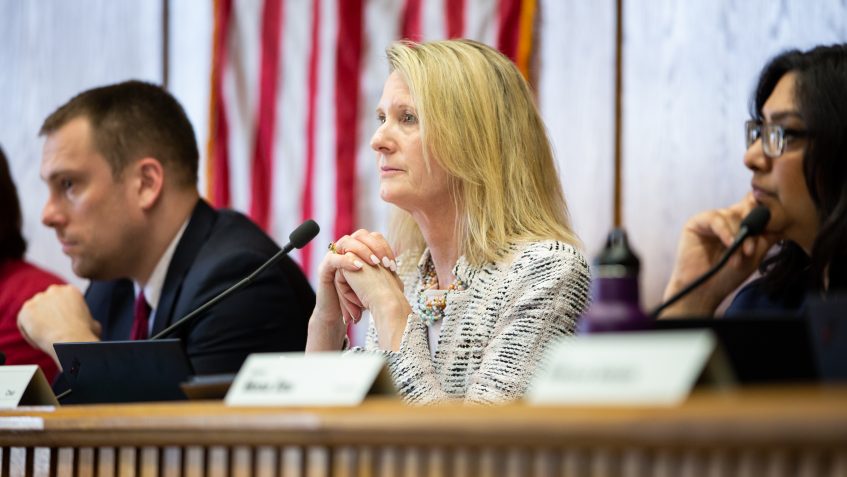 Legislation suspending access to firearms for those who have been detained under Washington’s Involuntary Treatment Act (ITA) was signed into law today by Gov. Jay Inslee.

Senate Bill 5181, sponsored by Sen. Patty Kuderer (D-Bellevue), would prohibit someone detained for 72 hours on the basis they present a likelihood of serious harm to themselves or others from possessing a firearm for six months.

“It’s clear that access to firearms makes it easier to act on suicidal thoughts in a single moment of desperation,” said Kuderer. “There are very few ‘do-overs’ when a gun is used, and this is a reasonable safety measure for the individual in crisis and for others in our communities.”

In 2017 alone, 1,292 Washingtonians took their own lives. Almost half of those deaths were with a firearm. Recent studies in Florida reveal that of people who both legally owned and used a gun in instances of suicide, 75 percent had records of a 72-hour involuntary hold. Additionally, 33 percent of individuals arrested for a violent gun crime also had records of involuntary holds.

“If someone is involuntarily committed during a time of crisis while exhibiting signs of violence toward their family, the public or themselves, it is in the interest of all parties to take lethal weapons out of the equation,” said Kuderer. “Today we have made real progress that will spare individuals and those they love the tragedy of a life lost too soon.”

SB 5181 makes necessary changes to our current laws by increasing the window of time for people to receive mental health treatment and support from friends and family, and gives family members time to consider or file for an Extreme Risk Protection Order.

Individuals who have been placed on a 72-hour ITA may petition at any time to have their firearms returned before the temporary restriction ends. Otherwise, at the end of six months, weapons are returned automatically.