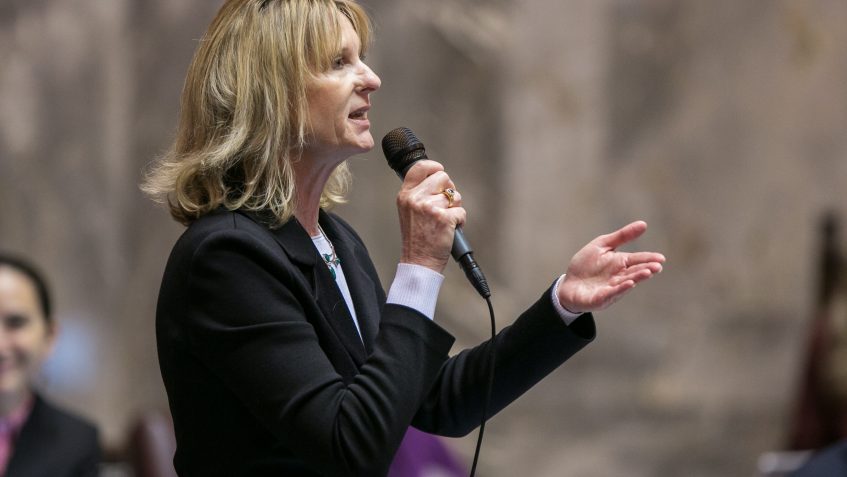 The Washington State Senate today voted to expand protections for women’s health by requiring that three-dimensional mammography be covered by health insurance providers.

3D mammography, also known as tomosynthesis, has been shown to improve early detection by 40-percent, which is paramount in winning the fight against cancer.

“About one-in-eight women in the United States can expect to develop breast cancer over the course of their lives,” said Sen. Patty Kuderer, the vice chair of the Senate Health & Long Term Care Committee and sponsor of Senate Bill 5912. “We need to be utilizing and supporting the use of early detection technologies so that we are saving lives and sparing families the tragedy of losing their daughters, sisters, mothers and spouses. This legislation will help ensure that economic circumstance or the type of insurance you have is not a barrier to accessing this life-saving technology.”

When breast cancer is detected during early, localized stages, beating the cancer is almost guaranteed; the relative survival rate spikes to 99 percent of patients living beyond 5 years. However, only 61-percent of cases are detected during these crucial early stages.

“Counting myself among those who have had a loved one diagnosed with cancer, I know what it’s like for a family to endure the emotional and physical toll of treatment,” added Kuderer, D-Bellevue. “No family deserves to go through such difficult times, and I am proud to stand with my Senate colleagues today who supported our efforts to expand early detection.”

The bill directs the Office of the Insurance Commissioner and the Health Care Authority to clarify that existing mandates for mammography include 3D mammography.

SB 5912 passed on a 44-4 vote and now moves to the House of Representatives for further consideration.