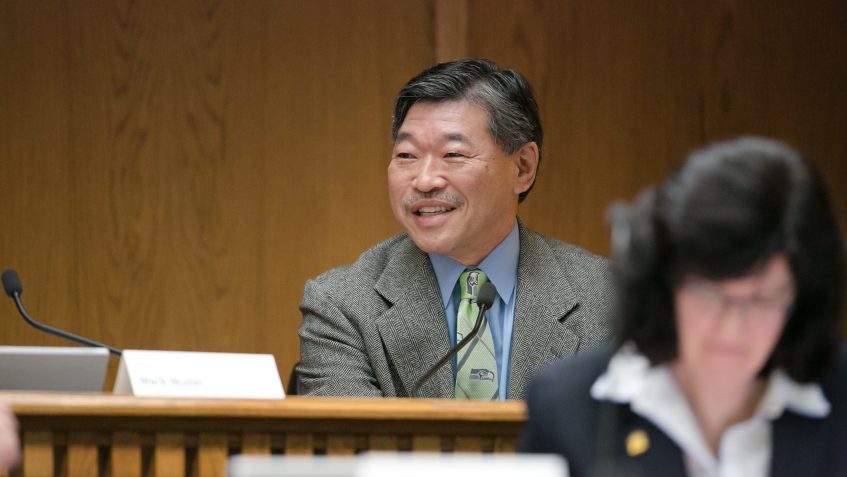 “This is a good little bill, lovingly called the ‘noodle bill’ that will help bring cultural competency to food inspection programs,” Hasegawa said.

Senate Bill 6398 recognizes that certain products like rice-based noodles and Korean rice cakes, spoil at different rates and temperatures than wheat-based foods containing animal by-products. It asks that the State Board of Health take into account scientific data when determining time-temperature safety standards for these products.

The idea for this bill was brought forward by the owner of a fortune cookie factory in South Seattle which also makes rice noodles. The business incurred fines because the safety standards applied to them were based on broad rules rather than scientific data, which proved no additional health risks.

“By applying food safety standards based on scientific data, this cultural food manufacturer and other small businesses like it will continue to support economic growth in our state, and provide products that enrich our culture,” said Hasegawa.