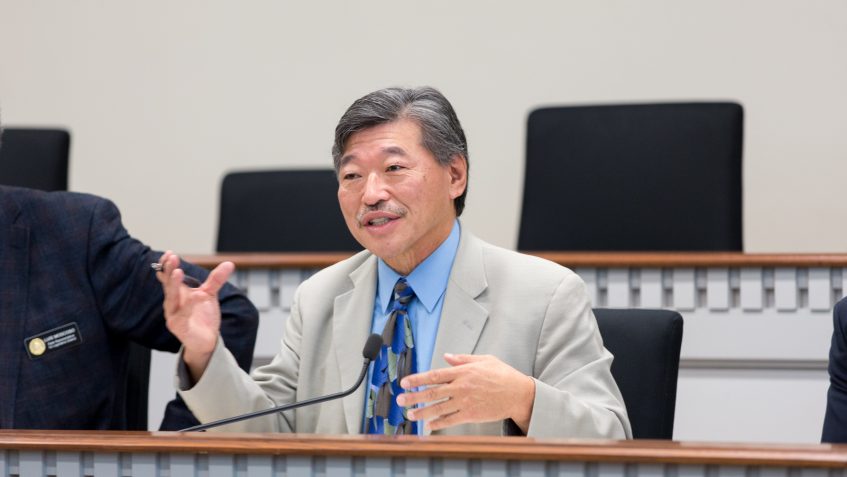 “The purpose of these sessions is to shine a light on where racial and ethnic disparities exist in Washington,” Hasegawa said. “While this can be uncomfortable for some to talk about, there are systemic inequalities in our state that must be confronted head-on. The only way to do that is by identifying where and why it occurs.”

The focus of Wednesday’s agenda was the justice system, with an emphasis on juvenile justice, as well as disparities in community and economic development. Future sessions will focus on the educational opportunity gap among other issues. The Legislature is made up of 147 legislators, but only 14 lawmakers identify as people of color. The state population is nearly 30 percent people of color.

The work session was hosted by members of the bicameral Members of Color Caucus, as well as other members of both the Senate and House. Panelists provided testimony regarding bills introduced in 2015 as well as specific points of racial disparity in the justice system and with regards to economic development. In addition, panelists provided ideas and information about how to overcome these disparities.

Mary Yu, Washington Supreme Court Justice and Co-chair of the Minority and Justice Commission, said one of the chief focuses of the commission is “zero incarceration for juveniles.”

A common theme amongst experts on the panels was the disadvantage of having no formal or centralized process for examining disparity nor aggregation of methods to address it throughout state agencies.

“You can imagine 160 agencies doing 160 different things,” said Chris Liu, Director of Washington State Department of Enterprise Services. “There’s not going to be a concerted effort of how we proceed forth.”

There was also discussion from several panelists regarding the need for more support through community led initiatives to address disparity through cooperation between local experts within communities of color and government.

Local hiring, one panelist noted, is a critical part of the effort to increase equity in state contracting. In January, the City of Seattle implemented a Priority Hire program to “insource jobs” on public construction projects from within the local communities.

“If you live in that community and can have a livable wage job, then everyone has this benefit.”

The second part of the work session will discuss the racial and ethnic disparities in community economic development and include three panels:

Panel 2 – Getting public construction dollars into the community

The Washington State Legislature Members of Color Caucus are: