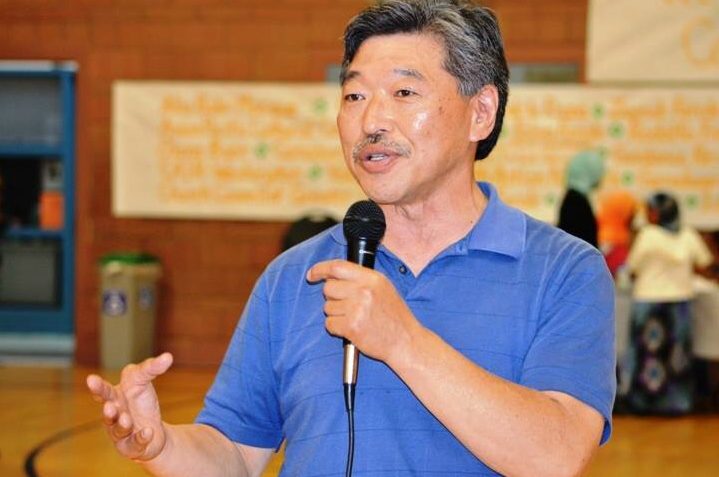 A Khmer dance group performs at the Rainier Community Center in celebration of the passage of Senate Bill 5173.

I knew we had a lot of support this past legislative session for SB 5173, my bill to secure for all public employees and public school students two days leave of absence for matters of faith or conscience, but I was reminded of the breadth of that support when I recently attended a community celebration of the bill’s passage at the Rainier Community Center in Seattle.

The range of faiths, ethnicities and cultures on hand led to a dizzying assortment of foods and entertainment, along with traditional blessings on our celebration by Native Americans, Muslims, Sikhs, Hindus, Jews, Christians and Buddhists. Performances included Asian-Indians, Filipino dance group, Pacific Islanders, Muslims and a Chinese lion dance.

While all Americans have the right to practice the religion of their choice, until the passage of SB 5173, they haven’t always had the ability — particularly on holy days unrecognized by our society’s standard Gregorian calendar, or that don’t fall on a Sunday or even on the same day every year. Now public employees may take two unpaid holidays per calendar year for reasons of faith or conscience. It costs nothing, because the holidays are unpaid, and it places no requirements on private employers. At the same time, students may be excused from school for reasons of faith or conscience for up to two days, subject to the approval of their parents.

Tikkun Olam is a Hebrew phrase that covers social activism, opposition to injustice, and efforts to improve society and repair the world — and I felt very humbled to be recognized in that context.

Host Homes Sought for Exchange Students
The Council on International Educational Exchange, a non-profit high school exchange organization, is looking for households that might be interested in hosting students coming to Seattle for the 2014-2015 academic year.

All kinds of households are eligible — those with families, kids, no kids, empty nesters, single parents, and so forth; the main requirements are kindness and a willingness to learn about a foreign culture.

The students range in age from 15 to 18, have medical insurance and pay their own expenses with the exceptions of food and utilities. They arrive in August on a 5- or 10-month program. Households unable to host a student for the full academic year can also act as a welcome family to bring the student into the community for a part of their experience as well.

For more information or to volunteer to host a student, go to http://www.ciee.org/whoops/.

Out and About
One of the best aspects of the legislative interim is that it frees up time to touch bases across the district and stay current with everyone’s needs and concerns.

This month, for instance, I attended the Georgetown Community Council and North Beacon Hill Community Council meetings, just to hear what’s important to the communities and whether there’s a need for state lawmaking support.

I also toured Talbot Hill Elementary with Renton Schools District Superintendent Dr. Merri Rieger. The enthusiasm of the students and teachers, and success of their Micro Society program is obvious and reaffirms the great work being done in our public schools. Evidence of students’ academic success, individual growth and good citizenship is very apparent after spending time listening to, and talking with the students.

Also in Renton, I met with Mayor Denis Law and several city council members and staff to discuss the last legislative session and how we can move forward in the next session to address the City of Renton’s main concerns.

I also met with State Auditor Troy Kelley about implementing a proviso I had inserted into the budget bill (SB 6002) that requires a cost and profit center performance audit of the University of Washington. The UW needs to conduct transparent operations and the Legislature needs to know how the students’ tuition is being used. Because the UW is such a complex institution, this audit is just the first step in trying to understand its financial operations and improve its transparency and accountability.

I also met with the Duwamish River Cleanup Coalition to learn more about the Superfund site cleanup operations and how I can be supportive of those efforts. Did you know average life expectancy in South Park is 13 years shorter than in northeast Seattle? Environmental conditions along the Duwamish River are a large contributor to that inequity. I’ll be working with the federal EPA, City of Seattle, King County and other stakeholders to make sure the cleanup is a permanent fix, not a temporary and ineffective capping of the pollutants, and that we resolve the ongoing pollution problem that continues to feed into the Duwamish.

At the congressional level, I met with U.S. Rep. Jim McDermott to talk about how to proceed in creating a publicly owned state bank. I also met with Governor Inslee to explain the state bank concept and how it can be useful to resolve our I-502 financial system problem. Did you know the State of Washington uses Bank of America to hold all our tax revenue and provide banking services for the state? Then we borrow from Wall Street to finance our infrastructure and other capital needs. Doesn’t it make sense for us to use taxpayers’ revenue for the benefit of Washington State rather than Wall Street? Initiative 502, which legalized recreational marijuana, will create a billion dollar marketplace that is prevented by federal law from using traditional banking services. A marketplace that is forced to deal in cash only puts the public at risk of armed robbery, organized or other criminal activity, undependable tax revenues, and other assorted general misconduct, not to mention the difficulty it presents in complying with the U.S. Attorney General’s guidance on implementing I-502. A publicly owned state bank is an effective solution to both our I-502 financial system problem and our capital infrastructure funding problem. We should invest in Washington, not Wall Street.

I also attended a Social Security Forum that featured several terrific speakers: Terry O’Neill, national president of National Organization for Women (NOW); U.S. Rep. Adam Smith; and Marilyn Watkins, policy director of the Economic Opportunity Institute. The theme of the forum was Social Security: Preserve It, Strengthen It, Pass It On, and it was sponsored by Puget Sound Advocates for Retirement Action. The group has been organizing a “Scrap The Cap” campaign, which eliminates the tax break high-income earners get in paying Social Security taxes. Eliminating this tax break for the wealthy would insure the viability of Social Security retirement benefits for generations to come.

I spoke to high school students and college freshmen in the Summer Youth Leadership Program through which participants meet Asian American role models and leaders, discover Asian community resources, and build friendships with youths from other parts of the Puget Sound area.

On June 29, I’ll be attending the long-anticipated opening ceremony of the hard fought for South Park Bridge. Because the bridge falls at the intersection of three jurisdictions (Seattle, Tukwila and King County), the problem of replacing the state’s #1 rated worst bridge was very complex. Everyone is very pleased to see this day finally arrive.

This is just a sampling of how I’m working to stay engaged with our community to know what the big issues are. If you have a community meeting coming up that you’d like me to attend, just contact my legislative assistant, Chio Saeteurn, and we’ll get it on my calendar.

Well, that’s it for now. Have a great summer.

E-newsletter – Wrapping up the 2021 Session

E-newsletter – Budgets and other bill updates