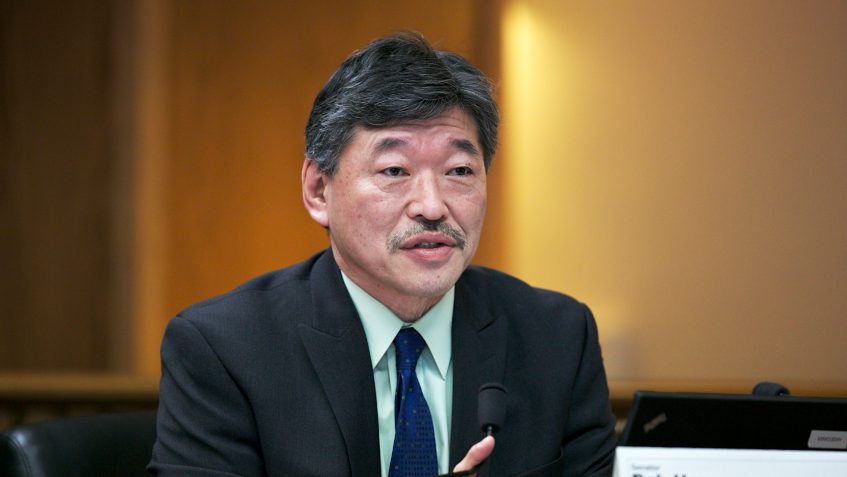 Local governments would be better able to resolve challenges to unfair electoral processes without incurring costly litigation, thanks to a bill passed late Thursday by the Senate Government Operations Committee.

Having already passed the House, House Bill 1413 was amended in committee by Sen. Bob Hasegawa, D-Beacon Hill, to address differences between local governments and bill proponents such as the American Civil Liberties Union and OneAmerica. In fact, the bill was poised to die in committee before Hasegawa asked for a compromise that would address differences he felt had become small enough that they could be resolved.

“This is a bill both chambers have been working on since 2011, but it’s been a tough issue to resolve,” Hasegawa said. “Thanks to hard work and cooperation, we can now pass it out of the Legislature and ensure fair electoral representation in communities across our state.”

Hasegawa said support from both caucuses, both Democrats and Republicans, who control the committee — Republican Sens. Pam Roach, Don Benton, Ann Rivers and Brian Dansel comprise the majority — set the stage for approval by the full Senate and said he looked forward to the floor vote.

“One of the strengths of this bill is that it doesn’t force a particular action on anyone,” Hasegawa said. “It simply gives local governments the option of avoiding costly litigation by replacing at-large voting systems that have been found to disenfranchise sizable segments of their communities with district voting that is more representative.”