OLYMPIA — State-level programs to help the growing number of homeless students in public schools will be boosted by a federal-level program proposed by U.S. Sen. Patty Murray, state Sen. David Frockt, D-Seattle, said this week. Frockt and numerous other stakeholders and guests participated in a roundtable discussion on Wednesday led by Murray at the Educare Early Learning Center in White Center.

“Sen. Murray’s efforts are very important for homeless students in Washington who face incredible hurdles that come without stable housing,” Frockt said. “The AHEAD Act will dovetail effectively with bills we passed in Olympia in 2014 and 2016 (the Homeless Education Outcomes Act and the Homeless Student Stability Act (HSSA)) to provide more in-school services for homeless students and actual housing stability grants to for high homeless districts to support struggling families. Everett School District today told us today that they have helped dozens of homeless students into stable housing due to the grant they received under the HSSA.”

Murray’s Affordable Housing for Educational Achievement (AHEAD) Act will boost and integrate federal support with community efforts around the country, including those now underway in Washington.
“Sen. Murray’s legislation will create an innovative but community based federal program to support school-housing partnerships similar to those supported by the Homeless Student Stability Act,” said Frockt, who championed the HSSA over three years in the Legislature.

At Wednesday’s roundtable, working but formerly homeless mothers spoke poignantly of their struggles in navigating uncoordinated services while trying to find stable housing. Problems ranged from long waiting lists, to excessive tenant application fees and moving from place to place, pushing their school-aged children to the limit. They emphasized what is well known: housing stability is critical to enabling children to succeed in school.

HSSA funding was maintained and funded in the most recent State Budget at $4 million over the next two years. The AHEAD Act is pending before the U.S. Senate’s Committee on Banking, Housing, and Urban Affairs. 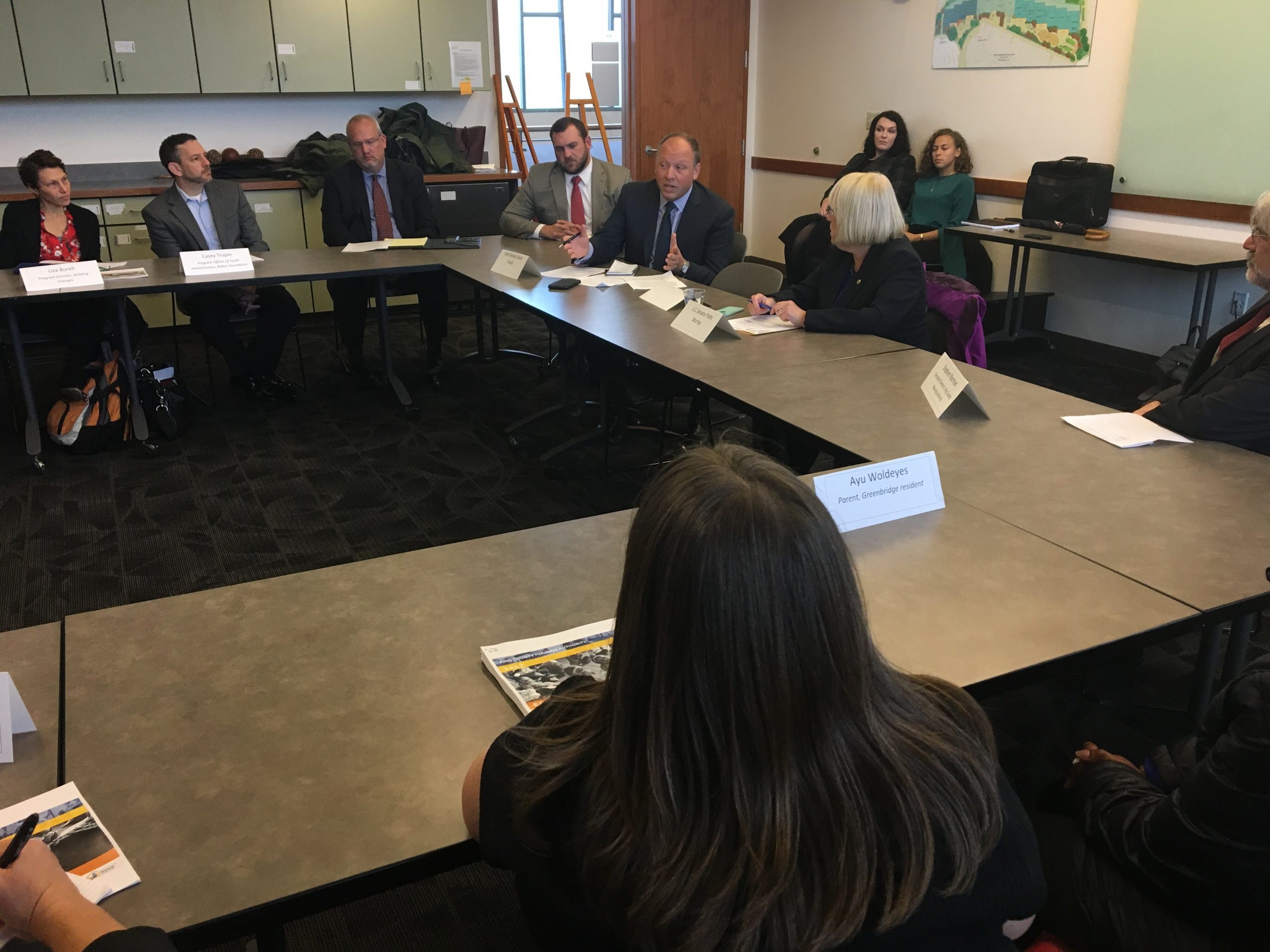 Sen. David Frockt, D-Seattle, speaks today during the rollout of a federal plan to aid homeless students that builds on legislation Frockt championed in the state Senate.