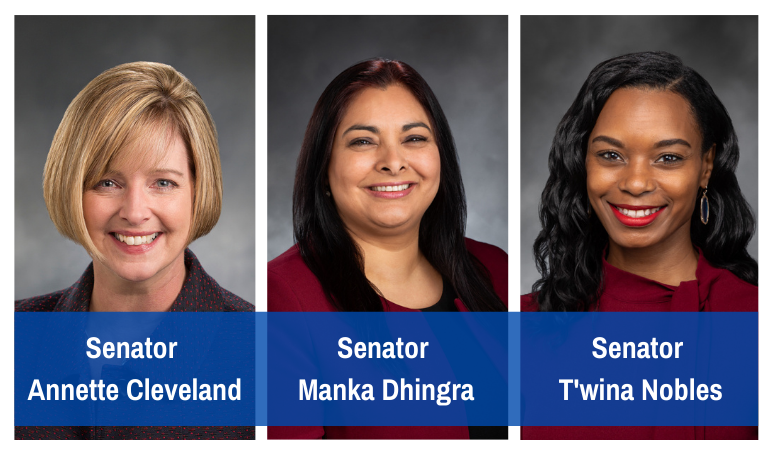 OLYMPIA – Three Washington state senators are taking a multi-pronged approach to supporting survivors of domestic violence and sexual assault as the criminal justice system responds to the effects of the COVID-19 pandemic.

Sen. Manka Dhingra (D-Redmond), Sen. Annette Cleveland (D-Vancouver), and Sen. T’wina Nobles (D-Fircrest) have filed four bills that would help hold offenders accountable while also supporting survivors as they deal with the aftermath of their encounter with the justice system.

“Home is not a safe place for everyone,” said Dhingra, who is sponsoring two of the bills. “During the pandemic, domestic violence and sexual assault have skyrocketed. These bills will help serve the cause of justice for survivors.”

Dhingra’s two bills, SB 5180 and SB 5127, seek to make the criminal justice system more supportive of and less punitive toward survivors. The first makes it easier for survivors to vacate sentences they received where their offense was a result of being a victim of sex trafficking, domestic violence or sexual assault. The second increases access to therapy dogs that help children and vulnerable adults tell their stories of survival. Since courthouses are closed because of the pandemic, this bill would allow those dogs to go to survivors to provide much-needed comfort when recounting their trauma.

The other two bills will help law enforcement bring justice to those who commit domestic violence and sexual assault. One, SB 5177, will eliminate marriage as a legal defense for rape—a defense that creates a loophole allowing sex offenders who move into the state to avoid registering here.

“Ours is one of only a handful of states where our inconsistency in legal language with other states has enabled certain sex offenders to avoid registration,” said Cleveland, the bill’s sponsor. “It’s time for our state to join the rest of the modern world and ensure that sex offenders from other states are registered in our state as well.”

Another bill, SB 5183, will address domestic violence strangulation. Survivors of nonfatal strangulation are eight times more likely to become a subsequent victim of homicide at the hands of the same abusive partner. But many times, they come away without visible or easily interpretable bruising. This bill will set up a system and provide funding so that they can get the medical assistance they need, and evidence can be collected to help in court cases that will prevent further abuse down the road, preventing fatalities.

“Survivors of cases involving strangulation do not have sufficient access to medical assistance and other services because strangulation is not categorized as sexual assault,” said Nobles, who is sponsoring the bill. “This legislation offers them the opportunity for justice. We can ensure that those who need our protection receive it across the state.” 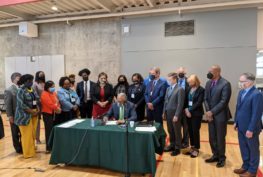