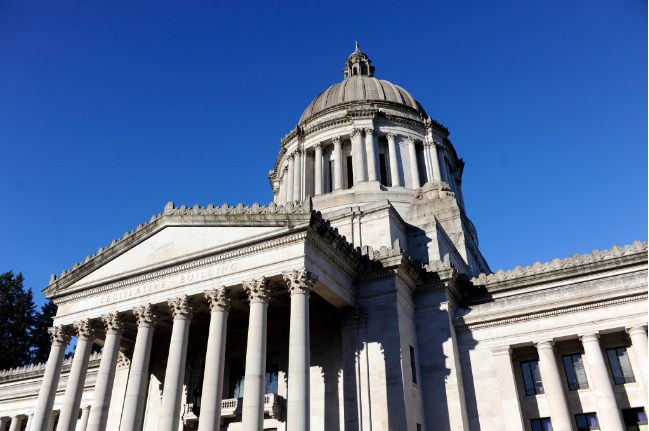 If the Washington Legislature is forced into a special session to deal with the economic collapse sparked by COVID-19, some lawmakers are working to make sure they also debate police reform in the aftermath of nationwide protests following by the death of George Floyd.

Two groups leading the discussion in police reform are the House Black Member Caucus and the Senate Members of Color Caucus. Members have been working with the Law and Justice Committee and meeting with other legislators, members of the community, police organizations and other stakeholders to rethink policing in Washington.

It’s unclear whether there will be a special session or if proposals will have to wait until January, but the Black Member Caucus and the Members of Color Caucus are confident new policy will pass.

“I think the pressure is on the system so much that if these laws don’t get passed, there will be a lot of upset people,” said Rep. Jesse Johnson, D-Federal Way, vice chair of the House Black Caucus.

Some of the biggest proposals include banning chokeholds, creating an independent investigatory body to look into use-of-force incidents and ending qualified immunity for officers.

Sen. Manka Dhingra, D-Redmond, pointed at numerous proposals that have so much support that they are no longer considered controversial. Dhingra is a part of the Senate Members of Color Caucus as well as the vice chair of the Law and Justice Committee and Senate deputy majority leader.

Banning chokeholds and tear gas, for example, would be easy to get done during a special session, she said.

Other proposals, such as creating an independent investigatory system, might take longer, so they will likely wait until January, Dhingra said.

“I don’t think anyone is unrealistic with what can be done during a special session,” said Rep. Debra Entenman, D-Kent, chair of the House Black Member Caucus. “But we can no longer wait, and I think that we will be successful.”

Other proposals Dhingra is working on include mandating peer intervention training among officers and creating a use-of-force incident audit process.

Entenman also stressed the importance of ensuring any new COVID-relief funds don’t leave behind communities that need it, such as communities of color.

“Our COVID response is disproportionately affecting people of color,” she added.

One of the biggest hurdles Johnson acknowledged, will be with police unions, who traditionally have a significant influence in crafting policing laws. He’s hoping that by including police organizations, such as the Washington State Fraternal Order of Police, early in the conversations, they will be more likely to succeed in passing reform.

Another hurdle will be the state budget deficit, but Dhingra said there is a lot of policy that can change without a large cost.

“If they do have a large fiscal note, there is enough momentum to say this is a priority,” she said.

If there isn’t a special session, legislators will continue to work on the ideas for the regular session, which starts in January. Dhingra said there is a lot that can be done at a city and county level to make changes to the criminal justice system before January.

Sen. Joe Nguyen, D-White Center, said he is confident police reform legislation will pass in the next session. It’s a priority, said Nguyen, who is a part of the Senate Members of Color Caucus.

“Things like this often don’t make it to the forefront because not enough people care about it,” he said. “That dynamic is very, very different now.”

The Black Member Caucus was only created two years ago and currently has five members. The Senate Members of Color caucus has eight members but does not have a Black member, because Washington has no Black senators.

Nguyen said not having any Black members of the Senate provides a huge blind spot in how they think about legislation, which is why it’s so important to include the Black Members Caucus of the House in the discussions they’re having.

“We’ve been talking with each other about how we can ensure the communities most affected are leading these conversations,” he said.

By bringing in the Black Members Caucus as well as outside groups such as the NAACP, Black Lives Matter, and other community organizers, Nguyen said it ensures the best legislation possible is proposed.

Entenman said the lack of Black legislators points to the institutionalized racism within larger systems in this country.

“It’s important for me to recognize, although I am part of this system, there are parts I am trying to change from the inside,” Entenman said.

“It gives us credibility for the community to see Black elected officials out front leading this,” Johnson said.

Entenman said the caucus is not simply focusing on what happens in the western part of the state.

She has talked with community leaders in Eastern Washington and is listening to their concerns as well.

People of color live in all different parts of the state, she said.

“We have to focus on what is happening in the African American community, but that is not to exclude other people,” Entenman said. “That is simply to say that we think it will benefit all people in our state.” 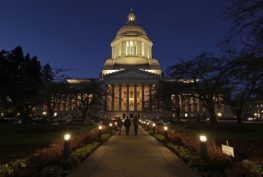 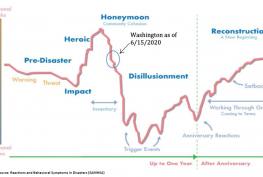