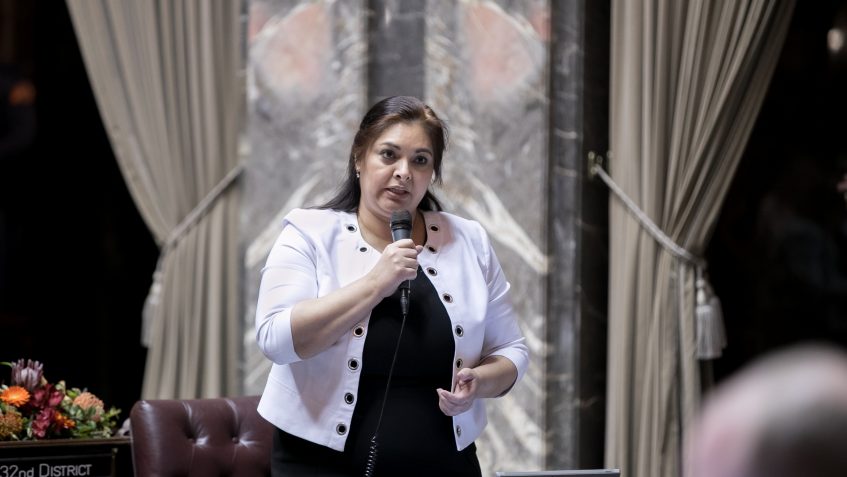 “The bill takes a data-centered approach to addressing the epidemic of gun violence,” Dhingra, the first Indian American to be elected to the Washington state Legislature, told India-West. She noted that the bill was passed on a partisan vote: Democrats, who control the Legislature, voted for the bill, while Republicans did not. Dhingra said similar partisanship has stalled comprehensive gun control legislation in state legislatures across the nation and at the federal level.

Dhingra also serves as deputy prosecuting attorney for Kings County, Washington, and said the bill was born out of her experience at the prosecutor’s office. Every year, 155 King County residents die from gunshots and another 150 are hospitalized.

“We have to have a public health approach to addressing gun violence,” she stated, noting that the Centers for Disease Control is currently banned from collecting data on gun violence and conducting research on the issue.

The bill, SB 6288, passed the Washington state House March 5 on a 53-44 vote. It must now be signed by the president of the state Senate, and the Speaker of the state House before it moves on to Washington Governor Jay Inslee’s desk for approval. Dhingra said the governor has expressed his support for the measure.

Dhingra’s bill would establish the Washington Office of Firearm Safety and Violence Prevention, which would work with law enforcement agencies and others to collect and centralize data on firearm violence, including suicide. The office would make the data available for public health research.

Additionally, the new office would administer the Washington Firearm Violence Intervention and Prevention Grant Program, funding initiatives that seek to end the epidemic of gun violence.

One of the initiatives the new office would fund is Choose 180, a restorative justice program designed to help young offenders re-direct themselves away from a life of criminal activity. The program diverts young people away from incarceration; they are typically paired with an older mentor, often someone who has been through the criminal justice system. Volunteers also help teen offenders talk about the struggles they have experienced in their lives which may have led them to criminal behavior.

Dhingra also hopes to fund programs that allow law enforcement to engage with communities of color to provide mentor-ship.

The bill would also create an initiative aiming to address PTSD for victims of violence and also for those who have observed it. These mental health treatment measures were developed by Washington state Senator David Frockt, a Democrat, who proposed the treatment initiative in a bill earlier this year, which did not pass the state Senate.

“The effects of firearm violence on survivors’ mental health can be devastating and long-lasting. We as a state, as a community, need to be doing all that we can to help survivors deal with the trauma, and that’s what this legislation will do,” said Frockt, in a statement released by Dhingra’s office.

“In the Legislature, we have been taking meaningful steps to transform our criminal justice system from a crisis response model to an early intervention and prevention model,” Dhingra said in the statement. “This bill is an important addition to that work.”