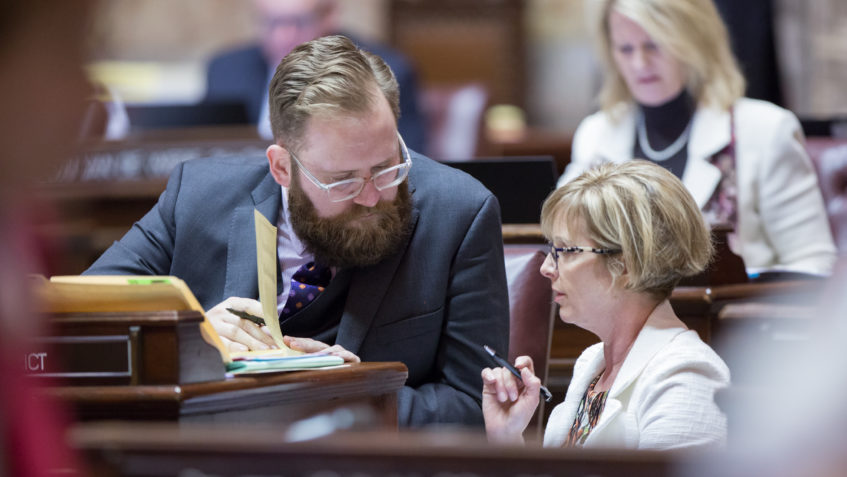 Sen. Marko Liias (D-Everett), selected by his caucus to chair the Senate Transportation Committee beginning in the 2022 legislative session, will also serve on the Joint Oregon-Washington Legislative Action Committee (JLAC) that is pursuing the development of a new I-5 bridge.

Sen. Annette Cleveland (D-Vancouver), who has served on the Transportation Committee since her election to the Senate in 2012, has pushed the restart of efforts to build a new bridge ever since a prior proposal to replace the bridge died in the Legislature in the waning days of the 2013 session.

“The need for a new bridge is obvious and well-documented,” said Liias, who formerly served several years on the Transportation Committee and has worked on numerous transportation issues. “Just as obvious is the reality that a new bridge ranks among our most urgent priorities in transportation, not just for Washington and Oregon but for the entire north-south corridor.”

Cleveland, whose legislation created JLAC in 2017, worked for years to rebuild the trust between lawmakers in the two states ever since that trust evaporated upon Washington’s failure to pass the bridge legislation in 2013. The committee has met regularly since 2018 to assess and review prior and updated bridge data to identify the best options for moving forward.

“The path to a new bridge has been long and challenging,” Cleveland said. “I am confident and grateful that the new transportation chair shares our commitment to this integral infrastructure need and views a new bridge as critical to our state, region and country. Sen. Liias arrives with an invaluable understanding of the transportation needs facing our communities and the larger region.  I look forward to working closely with him as a member of the JLAC committee to advance and finalize our priority goal of a replacement I-5 bridge.”

The current I-5 span connecting the two states actually consists of two parallel drawbridges, one completed in 1917 and one in 1958.. Neither span was designed to withstand a serious earthquake, making them liable to collapse in the event of a 100-year seismic event. Both spans have long needed repairs and updates and have been unable to keep up with the increased traffic of recent decades, resulting in a notorious bottleneck along the West Coast’s key north-south transportation corridor causing serious delays in the movement of freight and goods and ever-increasing hours of congestion that undermine safety.