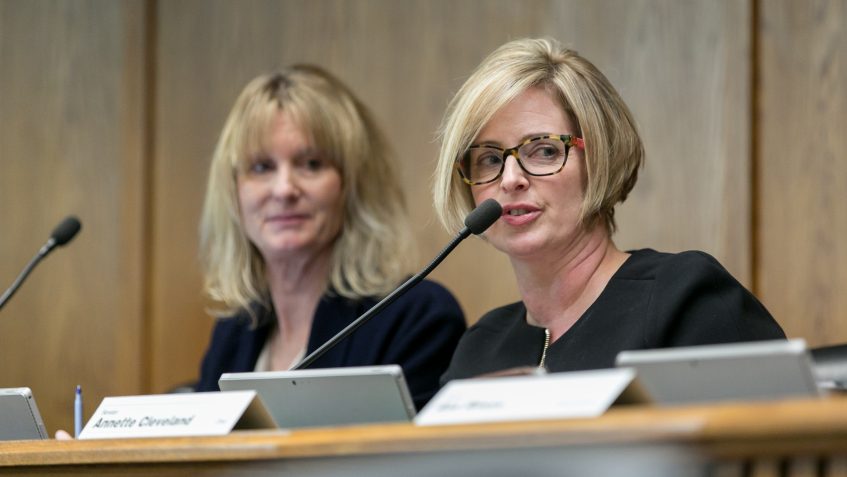 Employees who are paid differently, based on gender, from workplace counterparts who do the same work with the same experience now have better protection under state law.

House Bill 1506, signed into law today by Gov. Inslee, modifies the Equal Pay Act to provide a range of remedies, from damages and civil penalties assessed by the state Department of Labor & Industries to civil action brought by an employee. The law also adds protections for employees who are offered unequal workplace opportunities based on gender and prohibits employers from retaliating against employees who discuss their wages or benefits with other employees.

“Women today earn an average of 79 cents on the dollar compared to men with the same experience doing the same work,” said Sen. Annette Cleveland, D-Vancouver, the sponsor of companion legislation in the Senate. After her bill passed the Senate and HB 1506 passed the House, lawmakers agreed to go with the House bill. Cleveland has promoted equal pay legislation since 2013.

“When I first began fighting for pay equality, people asked me, ‘Is this still a problem?’” Cleveland said. “What they didn’t realize is that while the Equal Pay Act of 1943 called for equal pay between men and women for comparable work, the reality is that society has not caught up.”

“Many women, including and especially women of color, earn even less than the 79-cent average for women overall,” Cleveland said. “It’s time to make pay equity a reality so that our children and grandchildren don’t have to fight these same battles.”

“When people doing the same work are compensated unequally, it’s not just the employee who is short-changed; it’s everyone in that employee’s household,” Cleveland said. “And this discrepancy reverberates throughout the larger community, as smaller paychecks lead to a smaller tax base and less economic vitality.”

The legislation includes administrative remedies to help small business owners resolve complaints without being tied up in court. It is a key component of Senate Democrats’ “Putting People First” agenda of passing family-friendly legislation that had been blocked by Senate Republicans for several years.