Cleveland: “We need to make good on our promises.”

Home / News Release / Cleveland: “We need to make good on our promises.” 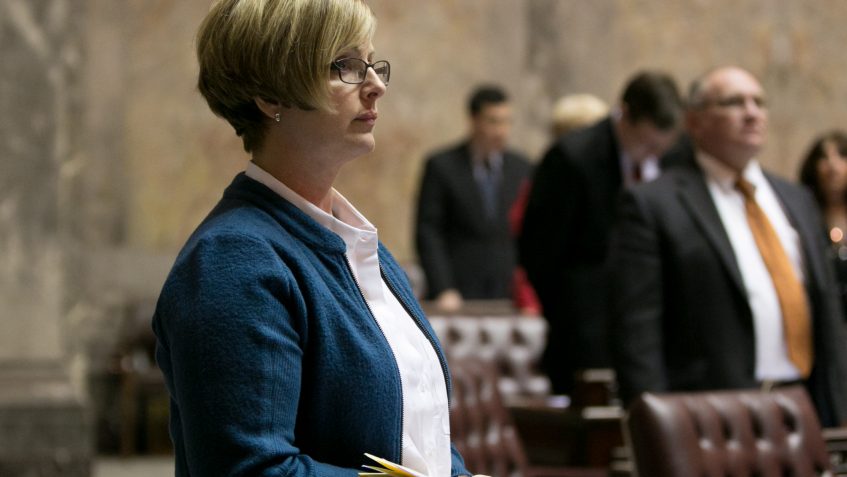 On Tuesday afternoon, Sen. Annette Cleveland, D-Vancouver, offered an amendment to the Senate Transportation budget that would have fully funded Washington state’s portion of the necessary funds to replace the antiquated bridges across I-5 to Portland. Cleveland’s amendment was not adopted. She gave the following speech on the Senate floor in support of the amendment and the Columbia River Crossing (CRC) project:

“Thank you Mr. President. Well, I offer this amendment and urge your support because I feel that it is imperative that our state keep its promises. Promises to our citizens; promises to our partners- Oregon state specifically and the federal government. Promises to my community and promises to our children and future generations.

“The Columbia River Crossing is a project that we have devoted well over a decade of planning and preparation to. The CRC is a project that was laboriously studied –  and frankly still is being studied as we await yet another audit of the project – this one by JLARC that’s  due in the Spring.

“Now, Mr. President, a group of 39 stakeholders in my community unanimously agreed to the project design of the Columbia River Crossing and all decisions from then on have been based upon that collaborative compromise project.

“The federal record of decision was rendered in December 2011 on the project based on the unanimous agreement and all remaining challenges since then have been met– including obtaining a Coast Guard permit approving the height of the bridge, including waiting our turn as other important projects in our state were funded ahead of the Columbia River Crossing and reaching mitigation agreements with three upriver companies.

“All that is left, Mr. President, is to make good on our promise.

“The promise we indicated would be kept based upon all the years of good faith negotiations with our Oregon State and Federal partners.

“It has never happened that a project of the significance of the CRC advanced to this final stage in the long planning process without moving forward. Please, let’s not be the first state to make history by walking away from the incredible investment that has been made.

“If we do walk away – there are consequences. Consequences to our state in that we will be required to pay back the federal dollars we accepted over the years from the planning of this project – Some $185 million that’s been spent between our 2 states.

Consequences for all areas of our trade dependent state in reduced ability to move freight and goods to market. And, consequences to our children and grandchildren for not replacing an antiquated aging piece of infrastructure.

“This amendment ensures that we make good on our promise by stepping up to meet our funding obligation for this project just as Oregon has, and continues to be willing to do. And to take advantage of returning some of our hard earned federal tax dollars to our state – $850 million dollars of federal investment.

“So, please do not let the shifting political winds keep us from our implied promise to fund this project. I urge us to do the right thing. I urge this body to support this amendment and help move our state forward with a promise kept.”