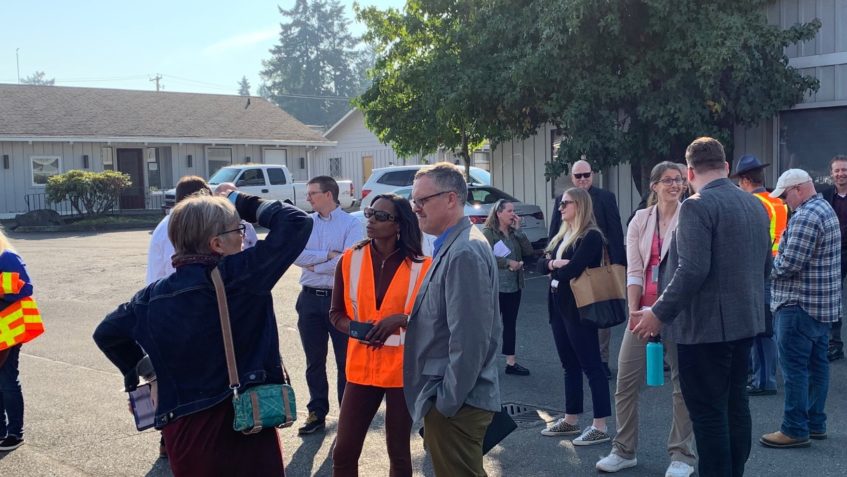 Tacoma– After a 13-year-old boy died in a fatal biking accident amid an uptick in traffic fatalities, State Sen. T’wina Nobles (D-Fircrest) hosted fellow transportation leaders for an advocate roundtable as part of a listening tour on improving road safety.

On July 19, Michael Weilert had entered the crosswalk near Pacific Avenue and 134th Street South after activating the crosswalk signal, but a motorist failed to yield to the signal.

“This death was a tragic loss to his family, and to our community,” said Nobles. “Michael did everything right. His death shouldn’t have happened, and it is our duty to ensure that our roads are safe so that it doesn’t happen again.”

Nobles initiated the opportunity for community engagement and invited other transportation leaders to consider options for legislative action. Leaders were briefed on potential safety improvements to the transportation corridor and met with advocates to hear how community members have been personally impacted and what improvements they would like to see.

“As a mother, my heart hurts for his family who have to deal with this turmoil,” Nobles said. “Parents, kids, community members should all be able to access multiple means of transportation safely and confidently.”

Nobles pledges to continue exploring strategies for improving road safety when the Legislature convenes in January to consider legislation and draft the state transportation budget for the coming biennium.