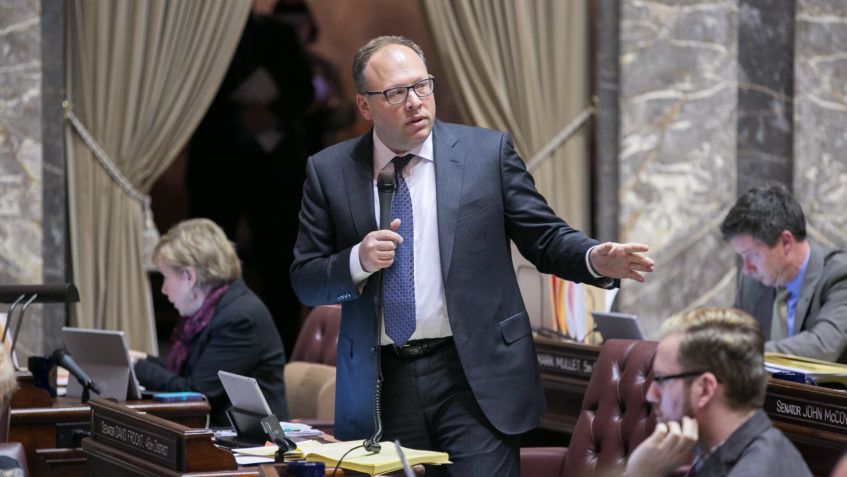 OLYMPIA — Two bills passed recently by the Legislature would improve health care in Washington state by ensuring that people can use coupons to get lower prices for prescription drugs and by setting up a statewide program to provide outpatient treatment to children with serious behavioral health needs.

“Patients often rely on coupons to afford lifesaving drugs that are only offered at exorbitant prices,” said Sen. David Frockt (D-Seattle), the bill’s sponsor. “For many chronic conditions, there are no cheaper alternatives.”

SB 5736, which passed last Thursday, would build on a successful pilot program to provide statewide access to evidence-based care for children with severe behavioral health needs. Intensive Outpatient Programs (IOPs) and Partial Hospitalization Programs (PHPs) can provide the treatment that many children need without full hospitalization.

“We are in a global child and adolescent mental health crisis. Expanding the availability of outpatient and partial hospitalization programs is an important step to allow our behavioral health system to provide better care for children,” Frockt said. “We should not have children boarding in emergency rooms waiting for beds and inpatient treatment. One of the best ways to avoid that is to increase access to care that doesn’t require full hospitalization.”

According to reporting from the Seattle Times, an average of 33 children at a given time are boarding in emergency departments, hotels, or acute care units waiting for inpatient behavioral health beds, and wait times range from one to four months.

Under Frockt’s legislation, coverage for IOPs and PHPs will be added to Washington state’s Apple Health Medicaid plan by Jan. 1, 2024, pending approval by the Centers for Medicare and Medicaid Services. Thirty-three other states already fund similar programs. According to testimony, inpatient hospitalization can cost $2,000 per day or more, compared to IOPs and PHPs, which cost between $500 and $700 per day.

Both bills now go to the governor for his signature.