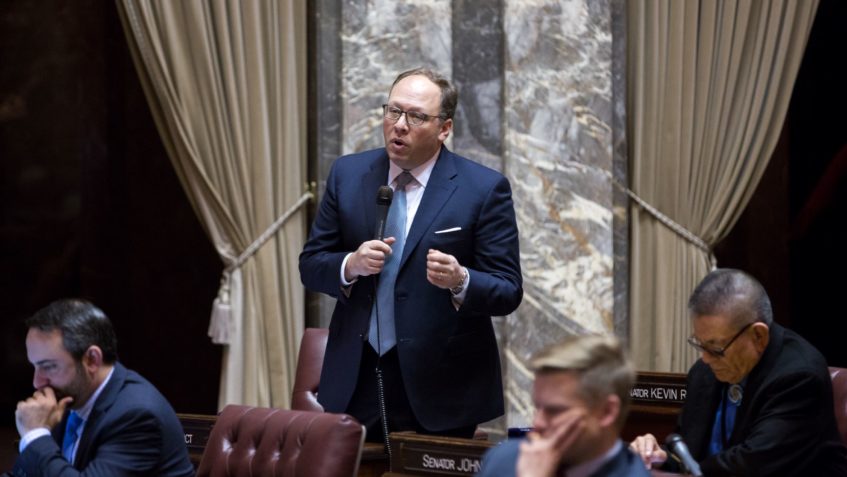 OLYMPIA — Today the governor signed, in full, the most aggressive capital construction budget in state history, which funds $6.3 billion in priority infrastructure across the state, including investments in broadband internet access, affordable housing, behavioral health, natural resources, and projects in underserved communities.

“This budget makes smart, life-changing investments in every corner of our state,” said Sen. David Frockt (D-Seattle), vice chair of the Senate Ways & Means Committee and the Senate’s lead capital budget writer. “It is the result of an inclusive process that brought to the table community members, legislators, and stakeholders from every part of Washington. I’m proud that every capital budget since I became the lead writer in 2018 has passed the Senate unanimously, indicating broad bipartisan support.”

The budget puts $411 million toward expanding broadband internet access to rural and underserved areas, one of the key recommendations identified in a January report by the Senate Special Committee on Economic Recovery, which Frockt chaired.

It also includes more than $1.1 billion for environmental health, from recreation to conservation to clean-water efforts.

The budget demonstrates Democrats’ commitment to equity by investing significantly in underserved communities through broadband expansion, affordable housing, and community projects, including a new dedicated Community Relief Fund that invests $13.6 million in projects that invest especially in communities of color.

Another $350 million funds affordable housing grants and loans, including $175 million for the Housing Trust Fund and $120 million for an innovative Rapid Housing Acquisition program to get unsheltered people into housing as quickly as possible.

Finally, the budget makes historic investments in Washington’s education system, with $930 million in construction funding for K-12 schools, $531 million for four-year colleges, and $512 million for community and technical colleges.