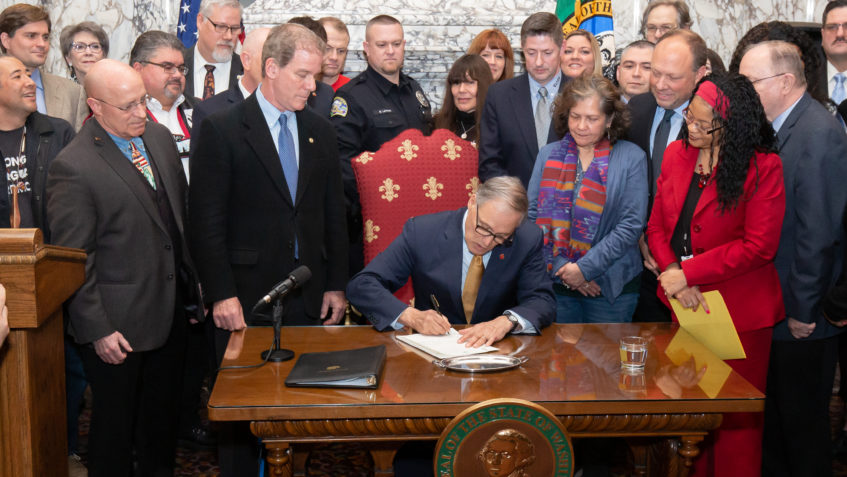 Gov. Jay Inslee signed a bill on Jan. 4 to apply consensus revisions to Initiative 940 — a voter-passed measure that changed Washington’s laws regarding police use of deadly force.

The Spokesman Review wrote the following:

With a crowd of supporters so large that the ceremonial bill signing had to be moved to the state reception room, Gov. Jay Inslee put his name on changes to Initiative 940, which voters approved last November by nearly 60 percent.