Frockt applauds passage of I-940 update 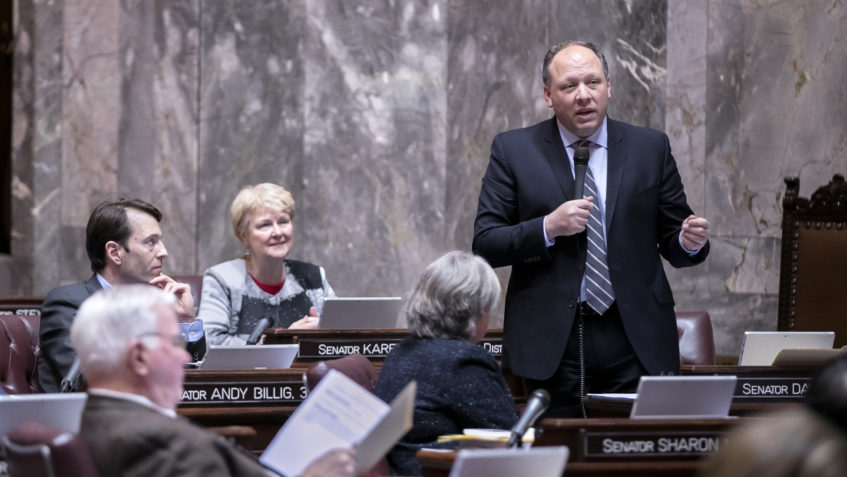 House Bill 1064 applies a set of consensus revisions to the initiative, which was enacted by voters in the November election.

Sen. David Frockt (D-Seattle) has long been a leader in Washington’s efforts to update the state’s deadly force statute.  He sponsored the Senate companion legislation to HB 1064 and served on the Task Force on the Use of Deadly Force.

“The agreement reached between law enforcement groups and DeEscalate Washington is one of the most profound and important agreements I have seen since my time in Olympia,” Frockt said. “For years, we worked to find common ground and to find a solution that will prioritize the safety of all Washingtonians.”

“No one is above the law, and no one is beneath the protection of the law. This bill acknowledges both these realities.”

Having passed the state House of Representatives on Jan. 24, the bill now heads to Gov. Jay Inslee to be signed into law.