Washington State Just Passed a Bipartisan Paid Leave Law. Here’s How We Did It.

Home / Uncategorized / Washington State Just Passed a Bipartisan Paid Leave Law. Here’s How We Did It. 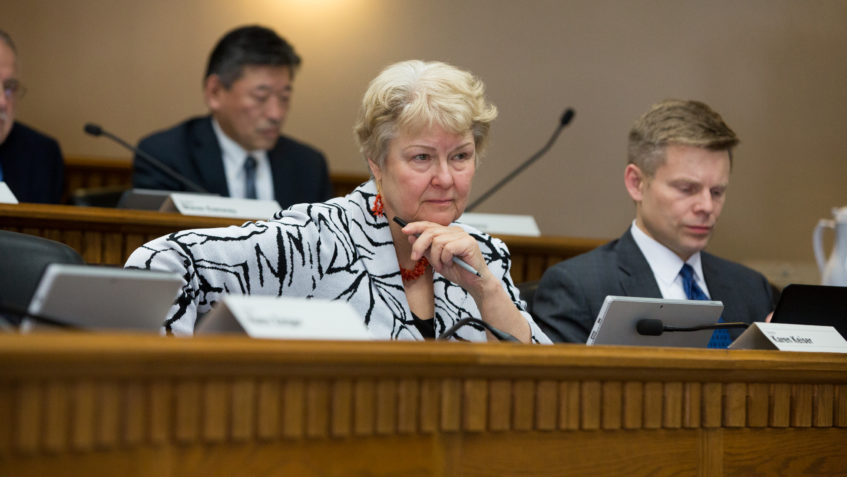 About a quarter of new moms return to work two weeks after giving birth. Not because they want to leave their newborn, but because they need their paycheck.

I will never forget the testimony of a young mom from a Seattle suburb. During her pregnancy, she saved up every hour of her limited paid time off so that when her child was born, she would be able to spend every possible precious moment bonding with and caring for her newborn.

But one Thursday, she went into labor prematurely. Her baby boy was placed in intensive care at Seattle Children’s Hospital, and she went back to work on Monday. Her paid time off was so limited that she needed to save it for when her baby could come home. So, every day after work, she drove the 25 miles to Seattle to be with her baby until the hospital visiting hours ended.

Families have to make devastating choices every day because most working people do not get paid family and medical leave at their jobs. In particular, most lower wage jobs do not offer any paid vacation or sick leave, though it is typically available to highly paid workers.

That’s why I am thrilled that on July 5th, Washington’s Gov. Jay Inslee signed the country’s most progressive and comprehensive paid family and medical leave insurance program into law. We built it from scratch, with bipartisan support and significant input from leaders in business, advocates and labor.

The new law covers everyone working in our state, and is fully portable between jobs. It also includes a progressive benefit structure so that instead of providing a flat percentage of a person’s wage—which would pay lower wage workers less, and higher wage workers more—the paid time off is graduated based on income. For a minimum wage worker, our benefit provides a 90% wage replacement. For higher wage workers, the benefit caps at $1,000 a week. This ensures that every working Washingtonian, regardless of income, can afford to take the time they need with a new baby, a dying parent, or to recover from a serious illness or accident.

Crafting this policy took us a decade. We passed an initial paid family leave program that was never funded because of the Great Recession, but our coalition of lawmakers, advocates, and unions never gave up the goal. When the state’s 2016 ballot initiative campaign to raise the minimum wage and mandate paid sick leave passed easily with broad support, that let us begin serious negotiations again. Early polling indicated that a paid family and medical leave initiative that included a 100% employer-funded program would have received even broader support. The business community got similar results when they decided to test public opinion, so they came to the table early in the year to open discussions.

Though Seattle has a national reputation for being a progressive bastion, Washington state as a whole is actually quite purple. A Republican-led majority controls the state Senate by only one seat, and Democrats control the state House by only two seats. A young, socially-moderate Republican floor leader, Sen. Joe Fain, led the effort to bring his caucus to the table. Sen. Fain had a baby boy last year, and learned firsthand the need to have the time to bond and grow as a family. In state legislatures, relationships across the aisle are still important to make progress on policy.

In an era that feels increasingly divided along partisan lines on so many issues, Americans are overwhelmingly united in support of paid family and medical leave. This is why I believe that Washington’s historic victory must become the model for state-by-state enactment of such laws. The legislation we crafted, with a diverse range of stakeholders and perspectives, provides a roadmap for all states considering paid family and medical leave whether they are under single party control or divided government.

Ultimately, the paid family and medical leave bill received 37 of the possible 49 votes in the Senate, and 65 of the possible 98 votes in the House. The conditions for passage in Washington state may have been unique, but the law we produced provides a framework for state level leadership in a time that federal Congressional gridlock seems incapable of progress.